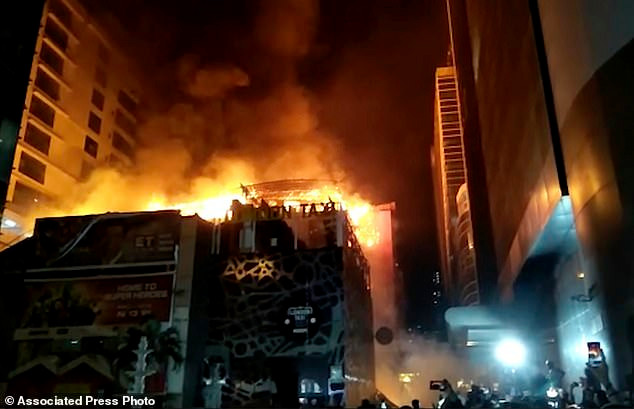 Indian police have arrested two managers of a restaurant in financial hub of Mumbai, where a deadly midnight fire claimed the lives of at least 14 people and injured scores last week.
The blaze erupted at the 1 Above rooftop restaurant just after midnight Friday at a building in the popular Kamala Mills shopping compound. Within minutes, the fire engulfed the entire structure, trapping many people inside. Those who lost their lives included mostly women.
"We have nabbed the two managers of 1 Above rooftop restaurant. They are accused of fleeing the spot without helping customers who were trapped after the fire engulfed the eatery," a senior police official said Monday.
"A manhunt has also been launched for the three owners of the popular pub-cum-food joint in Kamala Mills complex, who have been on the run since the incident," he said.
Meanwhile, some relatives of the owners who were arrested by police for sheltering to the accused immediately after the fire, were given bail by a city court this morning. "They have been granted bail by a court," the official said.
A number of fires occurred in eateries and buildings in India last year mainly due to lack of regards for safety norms and fire-fighting equipment, like hosepipes and alarm systems.