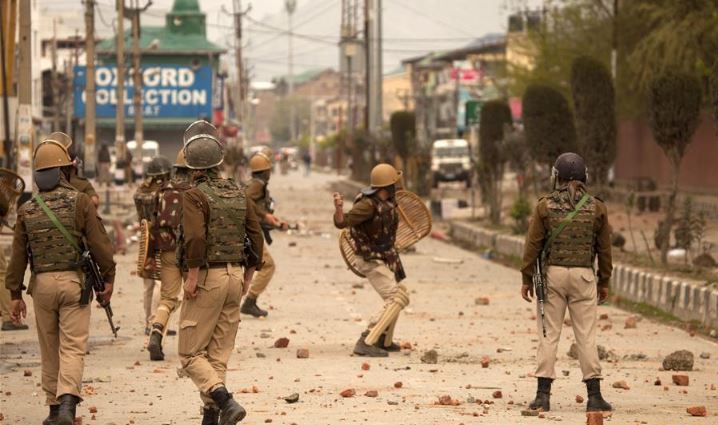 The protesters including women and teachers of Jamia Millia Islamia University assembled inside campus and tried to proceed toward parliament street to register their opposition to the new citizenship law.

The protesters carrying placards and banners were shouting slogans against the ruling Bhartiya Janata Party (BJP) and the new bill.

Police force tried to stop the protesters and students were seen ransacking the barricades.

The protesters fought back by hurling brickbats at them. The police fired tear smoke shells later to disperse the protesters. The stand-off continued for several hours.

"We are against the new legislation as it is discriminatory in nature," said a protester wishing anonymity.

CAB was passed by both houses of Indian parliament, Lok Sabha (lower house) and Rajya Sabha (upper house) this week. Indian President Ram Nath Kovind has given his assent to the new legislation.

Opposition parties and civil society members criticize the bill as contrary to secular principles enshrined in India's constitution as it excludes Muslims.

The new law has triggered widespread protests in India especially in northeastern states of Assam, Tripura and Meghalaya. Authorities have suspended internet and text messaging service in these states and announced curfew in some of their parts to contain the violent protests.

With this new law, the government would grant Indian citizenship to those non-Muslim immigrants who had entered the country illegally until December 31, 2014. People in the northeastern states fear granting of citizenship to immigrants would endanger their status.