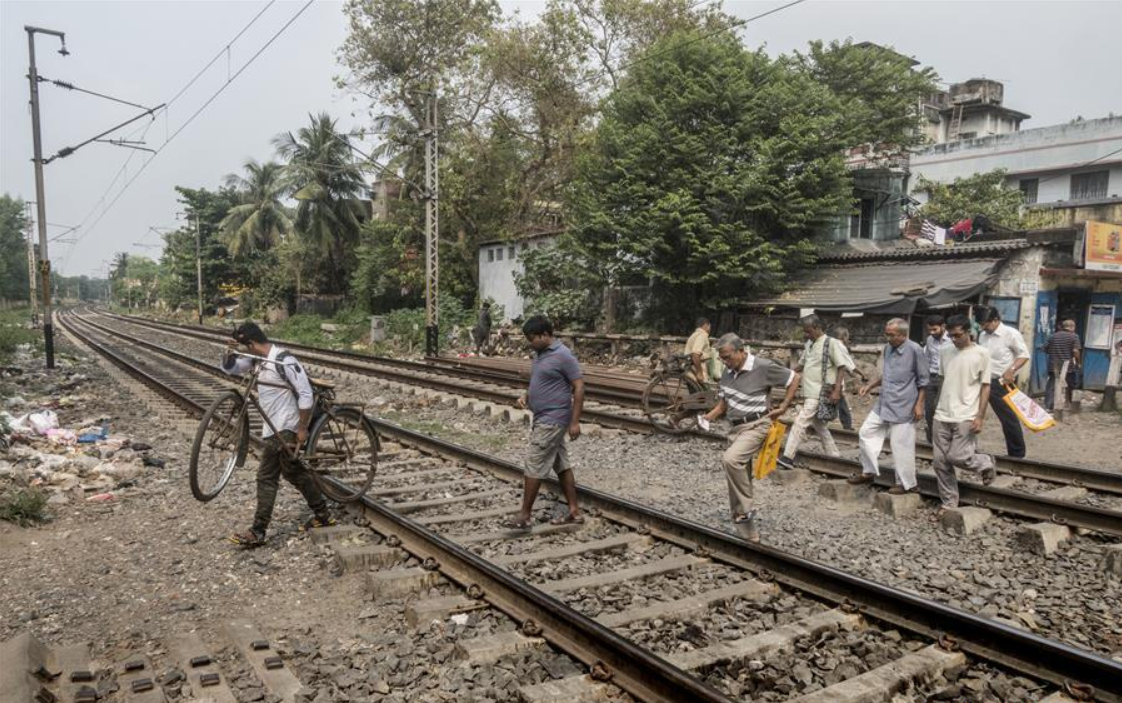 NEW DELHI, Oct. 24 (Xinhua) -- The state-owned Indian Railways is planning to put fencing along all train tracks across the country in order to prevent people from illegally entering, officials said Wednesday.

"This has been suggested by railway police in the wake of the deaths of as many as 61 people who were hit by a train in the northern state of Punjab's Amritsar city Friday while watching the celebrations of Hindu festival of Dussehra from railway tracks," a senior official said.

According to railways data, some 50,000 people died in India after being mowed down by trains while crossing tracks between 2015 and 2017.

"Anyone coming to train tracks is considered a trespasser by the Indian Railways. The railway police also imposes fines on such people. But fencing will once and for all put an end to deaths on railway tracks," the official added.

The Indian Railways is one of the world's largest train networks, criss-crossing the country from north to south. It operates more than 9,000 passenger trains and carries nearly 23 million passengers every day.

This vast public enterprise can be referred to as a semi-state. It runs schools, hospitals, has it own police force and construction companies, and has 1.3 million people on its payroll, making it the seventh biggest employer in the world.

However, train disasters are common in India as much of the colonial-era rail infrastructure is out of date. In 2015, the Indian government pledged 137 billion U.S. dollars over five years to modernize and expand the railways.