WORLD Indian rupee hits record low of 70 to the dollar

Indian rupee hits record low of 70 to the dollar

The Indian rupee hit a record low of 70 to the dollar on Tuesday as emerging market currencies are sold off by investors spooked by the Turkish financial crisis. 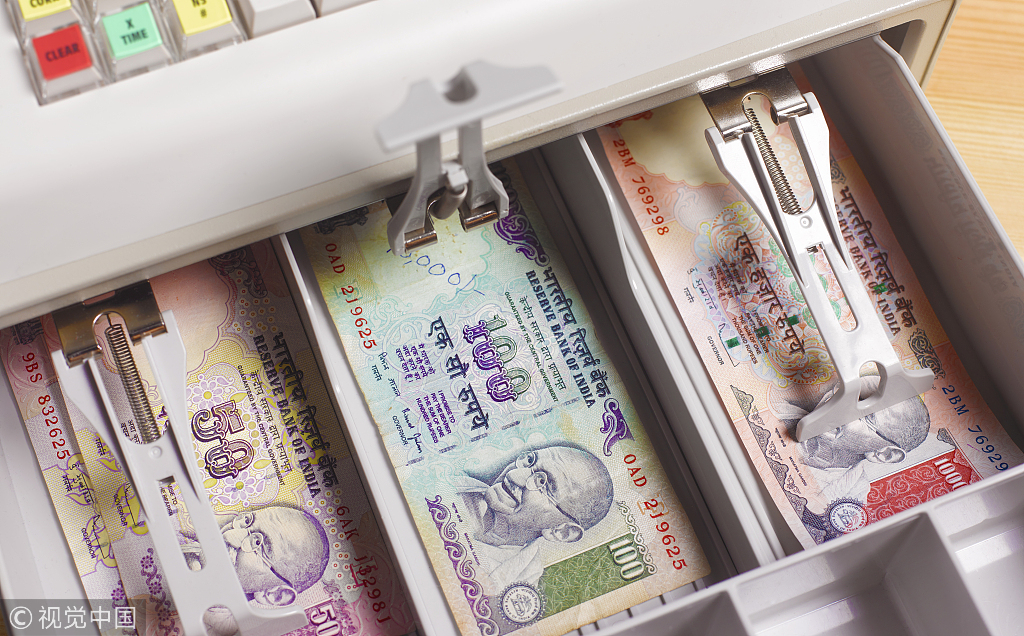 The under-pressure rupee touched 70.09 briefly during mid-morning trade as fears grow that the plight of Turkey's lira will spread to other emerging countries.

South Africa, Argentina, Mexico, Brazil and Russia have all seen their currencies slip over the past week because, like Turkey, they remain heavily dependent on foreign capital, especially the dollar.

The rupee has been on a downward spiral throughout 2018 after starting the year at 63.67.

India is a massive net importer of oil, securing more than two-thirds of its needs from abroad.

Brent Crude was up 20 cents at $72.81 per barrel on Tuesday, well above prices of around $50 at the same time last year.

"Investors are concerned that the rupee has crossed the 70 benchmark today," N. S. Venkatesh, chief executive of the Association of Mutual Funds in India, told AFP.

But he added that he expected the currency to stabilise at around 69, describing India's economy as "strong".

"The Reserve Bank of India's monetary policy has shown concern for the rupee's fluctuations so investors should not be worried by knee-jerk reactions in the forex market," Venkatesh said.

India's central bank has raised interest rates twice this year, in part to help increase the value of the rupee.

Its fall is leading to a widening of India's current account deficit, when the value of imports exceeds the value of exports, experts say.

Last week, the International Monetary Fund predicted that the deficit would expand to 2.6 percent for the 2018-2019 fiscal year.