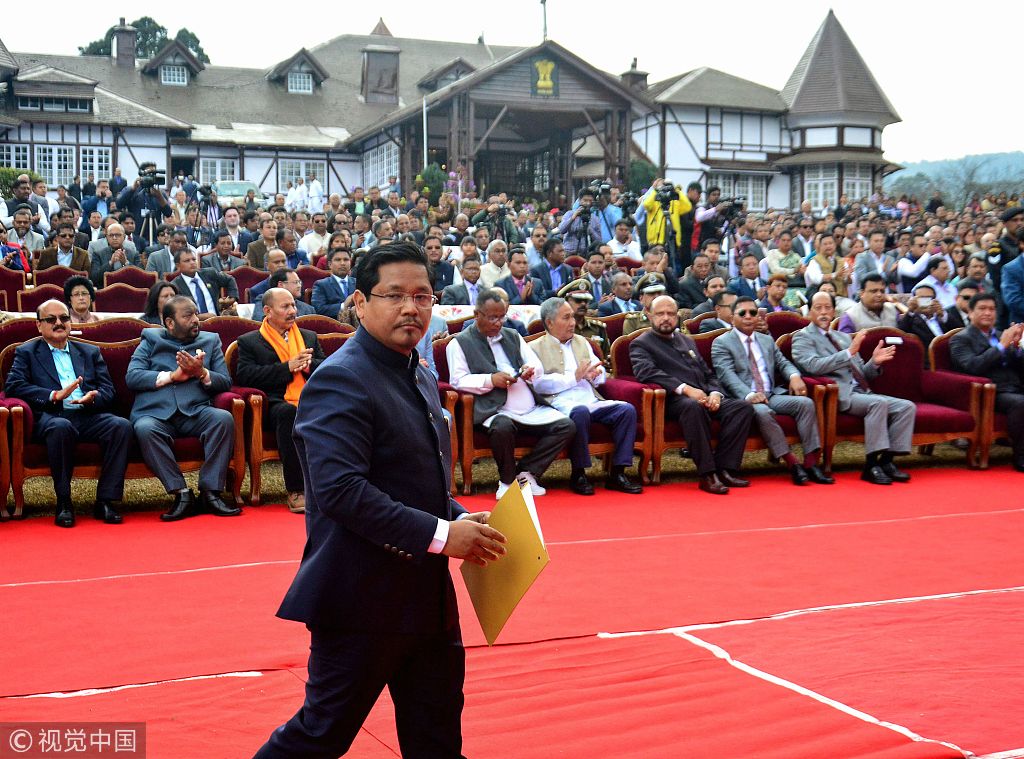 Sangma, 40, the head of regional National People's Party (NPP), submitted his resignation as a member of Lok Sabha (lower house of parliament) to Speaker Sumitra Mahajan on Tuesday.

"I have submitted my resignation as Member of Parliament to the Speaker," he told the media, soon after quitting his parliamentary seat.

A senior government official said Wednesday that Sangma's resignation from parliament was necessary for him to continue as the chief minister of Meghalaya.

"He can't continue both as a parliamentarian as well as the chief minister of a state, for which one has to be a member of the local assembly," he said.

He became the state's chief minister in March this year by dethroning Congress two-time chief minister Mukul Sangma and is heading a six party coalition government in Meghalaya.

"It is my duty to take everyone along," he told the media after the oath-taking ceremony.