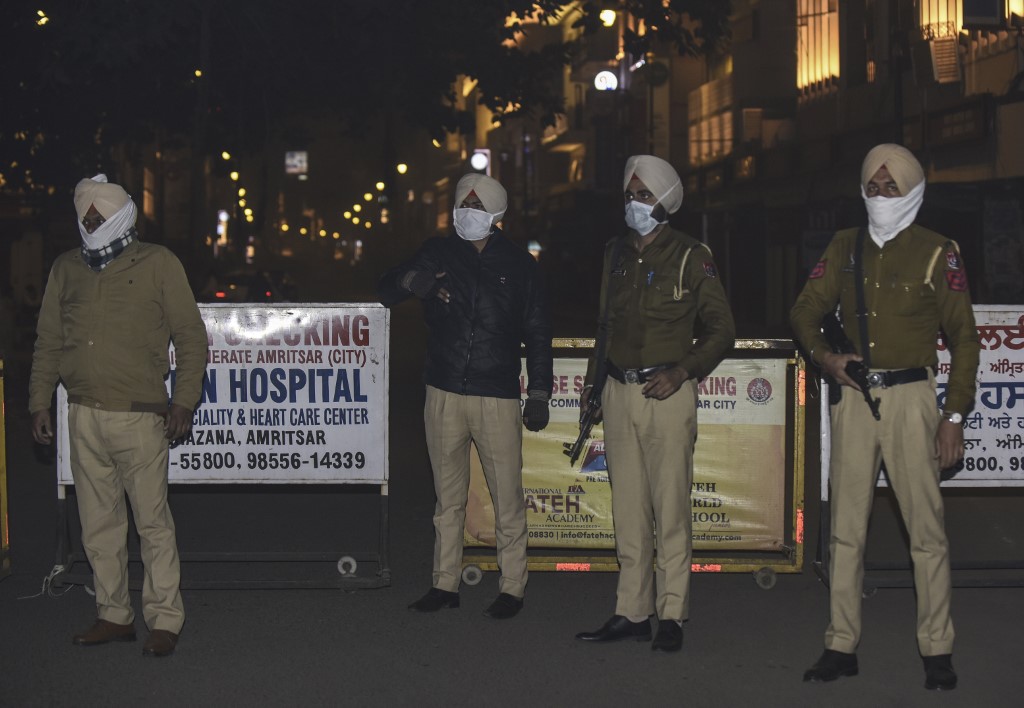 In this picture taken on December 1, 2020 Punjab Police personnel stand guard at a road check point after a curfew was imposed as a preventive measure against the COVID-19 coronavirus, in Amritsar. (File photo: AFP)

The night curfew was not well received by the hotels and restaurant operators as well as retailers, who were hoping that the festive spirit of Christmas followed by the New Year would bring cheer to their business operations.

"The night curfew had been announced to curtail the spread of the new coronavirus strain after getting advice from experts. After getting feedback from the public, the issue was re-examined, and in consultation with cabinet colleagues and senior officials, the decision has been withdrawn," a statement from the chief minister's office said.

The withdrawal comes within 24-hours of its announcement made on Wednesday to impose eight-hour night curfew across the state till Jan. 2 and shortly after state police issued SOPs (Standard Operating Procedures) for the curfew period.

Karnataka, with 13,755 active cases with 12,038 deaths reported so far, was to be the second Indian state to enforce night curfew after the western state of Maharashtra.