A team of six Indian youngsters have won a prestigious $1 million prize for designing and developing a device for ensuring women's safety. 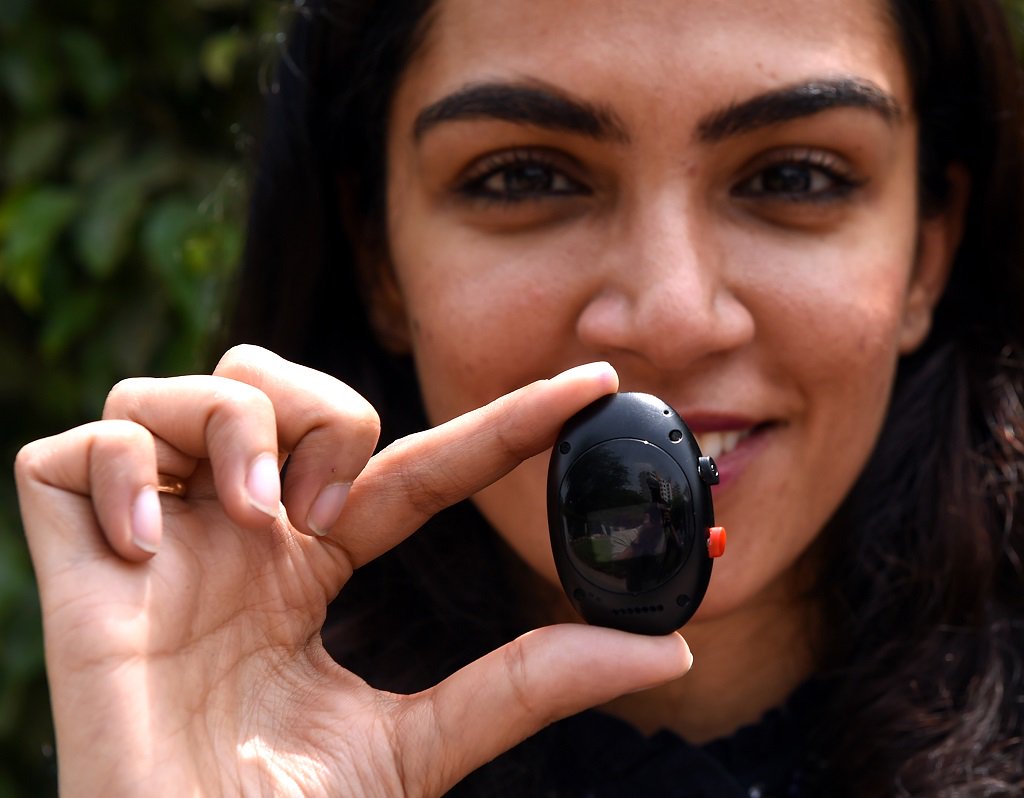 The device costs around $30, and is a miniature which could be worn as a wrist watch, or simply put in a pocket or a bag. The team's endeavor is to bring down the cost and make it available to women across India, and the globe as well.
After winning the prize in New York last week, the team members returned to India on Sunday evening, and on Monday morning they were invited by the country's Minister of Women and Child Development Maneka Gandhi for felicitation and discuss how to work together in future.
The safety device has a "Red Button" which when pressed by a woman in unsafe circumstances would alert her five guardians whose phone are integrated with the safety device, called "Safer PRO."
The device works on a mini sim-card, and once charged can be worn up to seven days at a stretch.
Out of the six team members, one is a woman named Neiharika Rajiv who was originally a sociology student before joining the other five boys, all Delhi-based electronics students.
"All these five are smart intelligent boys from a woman's perspective, so I joined them all around four years back. I got to know about them through newspaper reports while they were still under-graduates," said Neiharika.
"Neiharika informs us about all women-related aspects and what kind of help is required by them in a particular situation. Rest of us have our well-defined areas of work such as business development and technology development, etc.," said Chiraag Kapil, director of business development of their over-three-year-old start-up "Leaf Wearables."
He added: "The infamous, and brutal, Nirbhaya gang rape case that happened in Delhi in December 2012 and shook whole of India was the trigger for all of us to work in the direction of designing a device which could be kept discreetly. We have been working on women safety devices since 2015."
The first device made by the team was called "Safer" which could be connected with the mobile phone of the victim through blue-tooth. It was priced at $53.
The team sold nearly 25,000 of the devices across the globe. But soon it was realized that its connectivity with a phone was a problem, since the attacker could easily throw away the victim's phone thereby rendering the device useless and the victim helpless.
Thereafter, they developed a device which could be worn as a jewelry and hidden. "That we sold only in India as we had a tie up with an Indian company Reliance. It was actually a jewellery and prices at $230 ..." said Chiraag.
Finally, after inputs from Neiharika, the team began work on the device called "Safer Pro."
"We wanted the women safety device to be small which could be worn or kept discreetly. And we started our work accordingly... Then there was this XPRIZE competition in the US for which we applied and contested," said Neiharika. 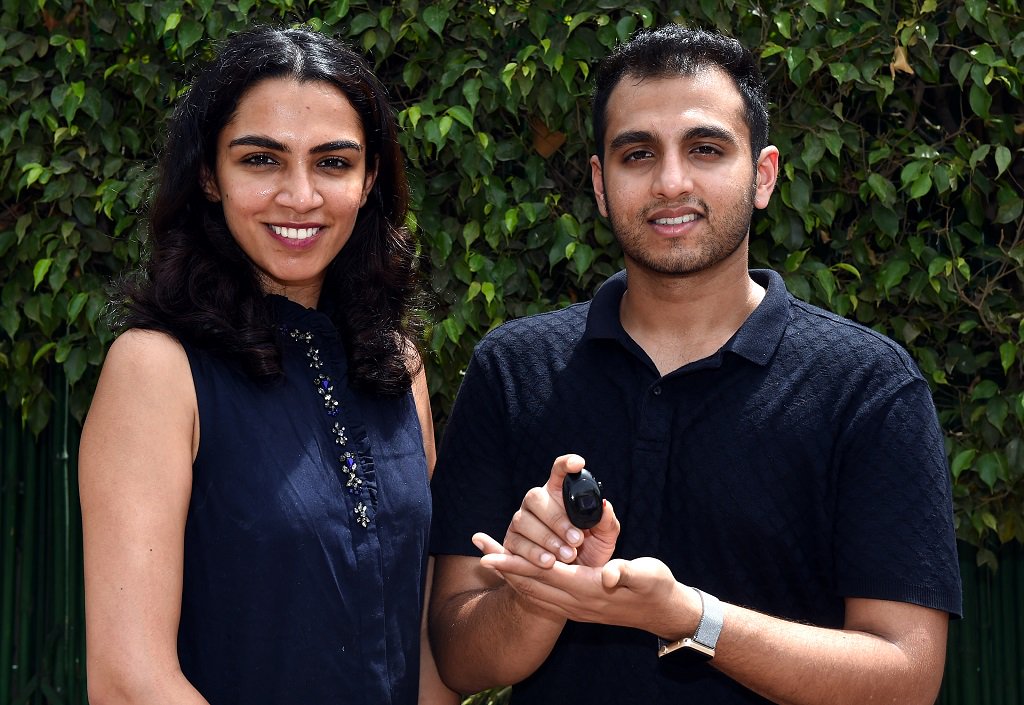 Chiraag told Xinhua that 27 judges who were experts in their own fields tested and adjudged the devices of all the five finalists, including three from the United States, one from Switzerland, besides the Indian team.

"The tests were carried out by the judges in different situations and varied circumstances, in the buses and trains. And, eventually we won," said Chiraag.
Now, the team is looking for Indian government support to manufacture the device, and make it available to the women in the remotest of remote areas at an affordable price.
"We want to make it available at a price below 1,000 Indian Rupees ($15). And for that we look forward to financial aid from the government of India. We want to make it available to the public via government," he added.
According to Chiraag, their next target is to integrate the device with the nearest police station to the victim so that in case of an emergency the police can reach out to the victim.
"The victim can be located as precisely as two meters," he added.
Neiharika said the device is also very helpful for the young kids, teenagers to be specific, who move out frequently in areas nearby their homes.
"Normally, parents of such kids are a worried lot and concerned about their safety. This device helps parents know about their kids' minute-to-minute location. The other best part is that it has the facility of sending Voice-Notes to the guardians."
The team plans to formally launch and sell the device by year-end, with the government's active aid and support.
In India, 79 percent of women have been victims of harassment or violence in public. As per official figures released by India's National Crime Records Bureau, in the year 2016 as many as 39 crimes against women were reported every hour, up from 21 in 2007. The rate of crimes per 100,000 female population was 55.2 during the year, up from 41.7 in 2012.
Women faced most crime in the form of "cruelty by husband or his relatives," accounting for 33 percent of all crimes in 2016. Meanwhile, rape accounted for 11 percent of all crimes against women with 38,947 cases reported in 2016, or four every hour.