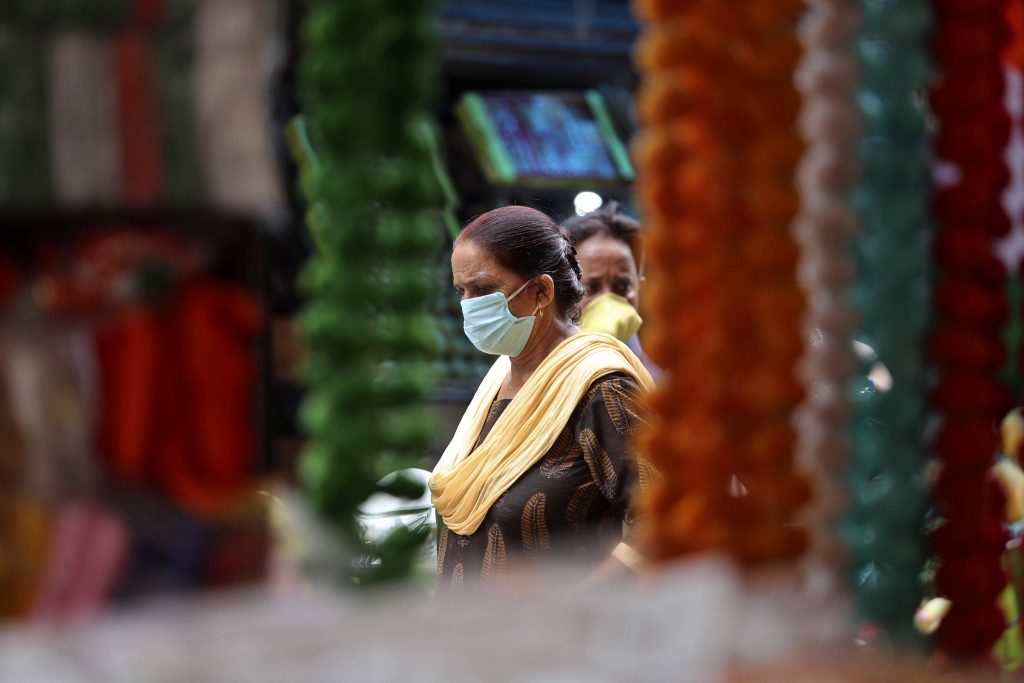 India has fewer COVID-19 cases than only the United States and Brazil worldwide. /AP

A well-known Hindu temple in India has seen more than 740 novel coronavirus cases among its staff in the past two months, a temple official said on Monday, as cases in the country surged past 2.2 million.

According to local media, a total of 743 employees of the Tirumala Tirupati Devasthanams (TTD) have tested positive for the novel coronavirus so far, and three employees have died since June 11. As TTD Executive Officer Anil Kumar Singhal said, among all employees - which includes special protection force (SPF), vigilance department, sanitation workers, and outsourced staff as well as regular workers - 743 employees have contracted COVID-19 since the temple was opened for darshan as part of the government lockdowns easing up. Of those, 402 have recovered, he said.

Currently, another 338 staff are undergoing treatment in TTD. Anil Kumar Singh said he interacted with pilgrims and devotees from many parts of the country since the Srivari temple opened for darshan to devotees on June 11.

With the huge outbreak of infections in TTD, its workers' unions, as well as a senior police official and former chief priest Ramana Dikshitulu has advised the center to close the temple to the public. However, the TTD has continued to allow devotees to visit the shrine, claiming that visitors are safe from infection and all precautions are being taken to contain the spread of the coronavirus.

India reported a near-record 62,064 new cases of the virus in the past 24 hours, according to Johns Hopkins University data released on Monday, taking its total number of cases to more than 2.2 million.

Only the United States and Brazil have more cases than India, though it has reported a relatively low number of deaths, at fewer than 45,000. Epidemiologists say the peak of its outbreak could be months away.

Cases in India have been spreading from urban areas to smaller towns and the countryside, where the health infrastructure is already over-burdened.

The Lord Venkateswara temple in the town of Tirumala in south India is one of the biggest and most wealthy Hindu shrines in the world. Tirumala Tirupati Devasthanams (TTD) is an independent trust which manages the temple at Tirumala, Andhra Pradesh in India. The trust oversees the daily operations and finances of this religious center.

"We are providing the best medication to those infected. We are taking utmost precaution, social distancing norms are followed, devotees and others are wearing masks," said the chairman of the organization, Y. V. Subba Reddy.

It was not clear how many of the temple's thousands of daily visitors had contracted the virus.

The trust employs about 22,500 workers including 300 priests and controls 10 temples, including the main Venkateswara temple where it employs 36 priests.