Indiana state senators narrowly passed a near-total abortion ban Saturday during a rare weekend session, sending the bill to the House after a contentious week of arguments over whether to allow exceptions for rape and incest. 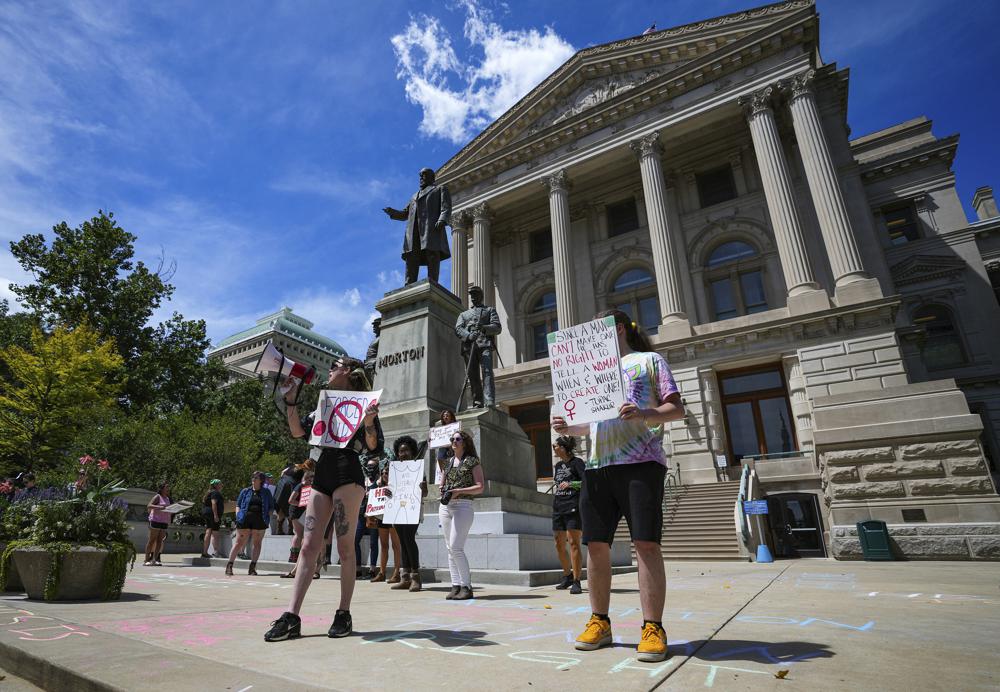 The Republican-controlled Senate voted 26-20 after about three hours of debate, passing the bill with the minimum 26 votes needed to send it on to the House, which Republicans also control.

The bill would prohibit abortions from the time a fertilized egg implants in a uterus. Exceptions would be allowed in cases of rape and incest, but a patient seeking an abortion for either reason would have to sign a notarized affidavit attesting to the attack.

Indiana is one of the first Republican-controlled states to debate tighter abortion laws since the U.S. Supreme Court last month overturned the precedent establishing a national right to an abortion.

But the GOP splintered after the rape and incest exceptions remained in the bill Thursday when an amendment failed that would have stripped out those exceptions.

Ten Republican senators voted against the legislation Saturday, including a handful who support abortion rights.

One of them, Republican Sen. Vaneta Becker of Evansville, said the measure will interfere with women's medical choices, their lives and free will by setting strict limits on abortion access in Indiana.

"Women deserve to have us protect their lives and free will. Senate Bill 1 destroys both. Shame on us for doing this," she said, noting that only eight of Senate's 50 members are women.

"We are considering dictating medical decisions with blinders and ignorant of the astounding, unintended consequences we are creating," Becker warned, saying the Senate is "just making a mess."

Republican Sen. Mike Young, whose amendment calling for no exceptions except for the life of the mother previously failed, said he voted against the bill not because he agrees with its opponents but because he has qualms with some aspects of the legislation he hopes are addressed.

Young said one provision that concerns him states that a doctor can perform an abortion if he believes a woman's life is in danger but it doesn't require the doctor to inform that woman that her life is in danger.

GOP Sen. Sue Glick of LaGrange, who authored the abortion bill, said during the debate she doesn't expect the legislation approved by the Senate to be the final version the legislature passes. She called the Senate bill "an expression of where we believe the state of Indiana is right now."

The legislation's passage "is a huge step forward in protecting the life of the unborn children in our state," Glick said in a statement after the bill's approval.

"We have put together a bill that would not criminalize women and would protect the unborn whose voices have been silenced for the past 50 years under Roe v Wade," she added.

Ten of the Senate's 11 Democrats voted against the bill, with the 11th member absent for Saturday's debate.

Democratic Sen. Tim Lanane of Anderson condemned the bill as a product of a male-dominated Legislature that's poised to take away the control that pregnant women should have over their own bodies.

"This is the government, the male-dominated government of the state of Indiana, saying to the women of this state, you lose your choice," he said. "We've told you — papa state, big state government — is going to tell you what you will do with your body. And I don't think we're ready for that."

The bill now heads to the House, where proposed changes could come as soon as next week — the second week of lawmakers' three-week special session. Lawmakers must adjourn their session by Aug. 14.

House Speaker Todd Huston on Friday declined to discuss specifics of the Senate bill. But he said he supports the rape and incest exceptions.

Gov. Eric Holcomb said earlier this summer that he had no "red lines" on what anti-abortion measures lawmakers might consider. But on July 12 Holcomb sidestepped taking a stance on how far the Republican-dominated Legislature should go in restricting abortions in its special session.

A national poll this month found an overwhelming majority of Americans believe their state should generally allow abortion in specific cases, including if a woman's life is endangered or if the pregnancy is the result of rape or incest. Few think abortion should always be illegal, according to The Associated Press-NORC Center for Public Affairs Research poll.