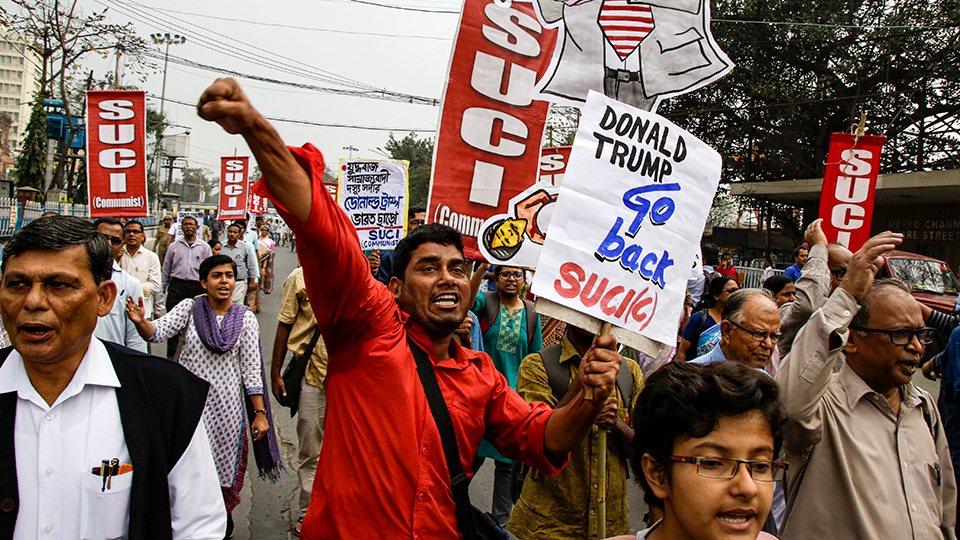 Violence erupted between Hindu nationalist and communist groups during demonstrations.

The AP reports one police officer died and 11 others were injured while trying to separate rival groups demonstrating for and against a new citizenship law.

According to local media, three protesters have also died.

As part of the agreement, Trump has already announced New Delhi would buy more than $3 billion in helicopters and other military equipment from the U.S.

He will be spending two days in the country.

Trump began his visit with a speech in front of more than 100,000 people at Sardar Patel Stadium, the largest cricket stadium in the world, in Modi's home state of Gujarat.