Indigenous residents of low-lying islands off northern Australia filed a landmark lawsuit Tuesday aimed at forcing the government to protect them from climate change through deeper cuts to carbon emissions. 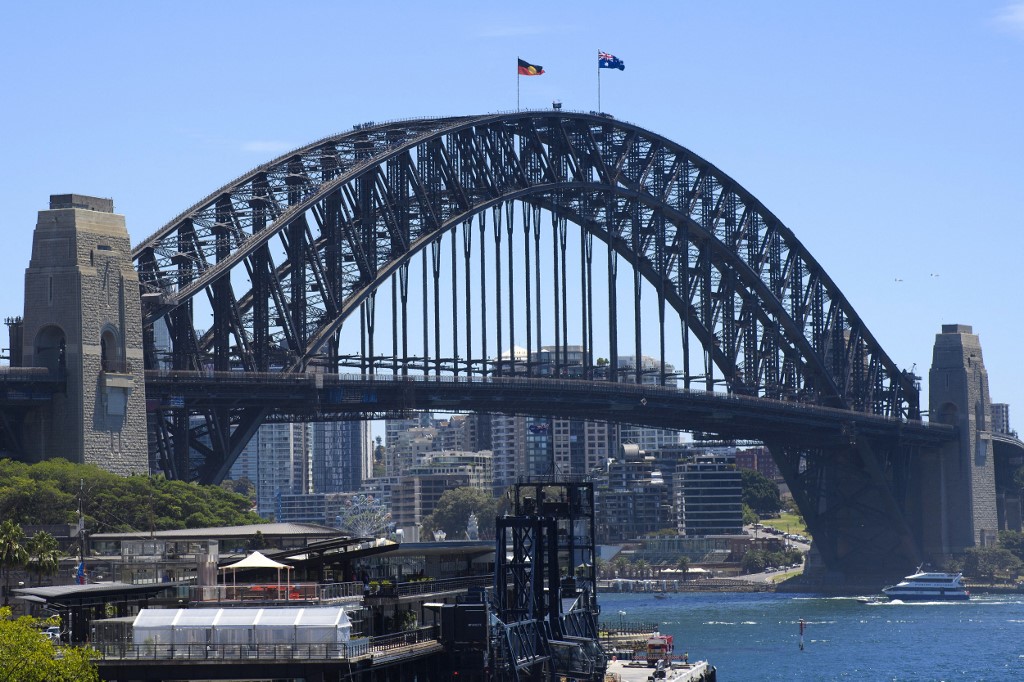 The Australian and Aboriginal flags fly on Sydney Harbour Bridge as part of Australia Day celebrations in Sydney on January 26, 2021. (Photo: AFP)

The Torres Strait Islanders say rising sea levels represent an existential threat to their homelands and culture, putting them "on the frontline of the climate crisis".

Lawyers for traditional land owners from Boigu and Saibai -- among the worst-impacted islands -- want the Federal Court to order the government "to reduce greenhouse gas emissions to a level that will prevent Torres Strait Islanders from becoming climate refugees".

It is believed to be the first such climate change class action launched by Indigenous Australians.

The lawsuit comes on the same day Australia's conservative government unveiled a 2050 net zero target, with a light-on-detail plan that attracted criticism for relying heavily on undeveloped technologies and carbon offsets.

Fewer than 5,000 people live in the Torres Strait, also known as Zenadth Kes, a collection of about 274 islands between Australia's mainland and Papua New Guinea.

The lawsuit argues some islands are expected to become uninhabitable if global temperatures rise more than 1.5 degrees Celsius above pre-industrial levels, which the Intergovernmental Panel on Climate Change has warned could be breached by 2030.

Under current global commitments, the world is on track to warm 2.7 degrees Celsius by 2100, according to the United Nations.

"Becoming climate refugees means losing everything: our homes, our culture, our stories and our identity," he said.

"If you take away our homelands, we don't know who we are. We have a cultural responsibility to make sure that doesn't happen."

The lawsuit comes after eight Australian teenagers scored a major victory in May when a federal judge agreed that expanding a coal mine near Sydney would cause them climate-related harm.

Australians and people around the world are increasingly turning to the courts in an effort to prod slow-moving governments into climate action.

In 2019, a group of Torres Strait Islanders lodged a separate complaint with the United Nations accusing the authorities of violating their human rights by failing to tackle climate change.

Australia has asked for that complaint to be dismissed, but UN Human Rights Committee in Geneva has yet to officially respond.