CANBERRA, May 5 (Xinhua) -- A popular part of Australia's iconic Kakadu National Park will be closed to the public by indigenous owners over a "lack of respect" for sacred sites. 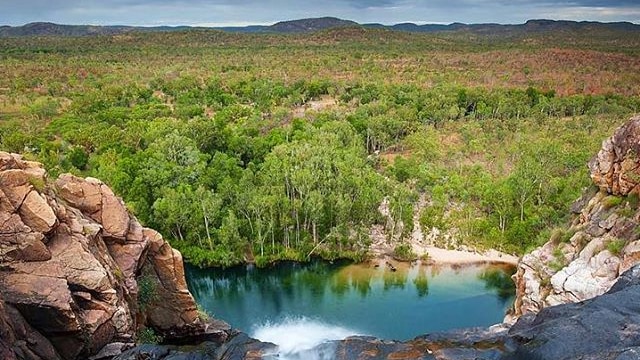 The top of Gunlom Falls in the area of Gunlom, Kakadu National Park. (File photo: Agencies)

The Gunlom Aboriginal Land Trust (GALT) announced that the area of Gunlom is closed as a result of "Parks Australia's breach of our lease agreement and lack of respect for our sacred sites."

The Aboriginal Areas Protection Authority (AAPA), which is responsible for protecting sacred indigenous sites, launched legal action against Parks Australia for carrying out work at the site "without an authority certificate."

Mick Markham, the chair of the GALT, said the gate at the South Alligator River would be closed to make their point to Parks Australia ahead of the Northern Territory's peak tourism season.

"We have to protect the sites, it's our religion. That site has been there for over 10,000 years, when the salt water was eroding the cliff face," he was quoted by the Australian Broadcasting Corporation (ABC) on Tuesday.

"The traditional owners apologize to the tourists but for us to get our point across, we feel this is the only way."

The AAPA alleges that Parks Australia, which is a federal government body, constructed a walking track near the falls illegally.

Markham said the trust wants Parks Australia to admit their guilt and pay a fine before reopening the site.

"In that area there are certain elements and remains of people that have gone by thousands of years ago. We don't want people going there," he said.

"We'd redirect the track, to where it was supposed to be in the first place, and then let's move on to getting the place back as a place to go."

Located in the Northern Territory in central and central northern Australia and covering nearly 20,000 square km, the Kakadu National Park is a world heritage listing for its indigenous culture and natural views.