As thousands of fires ravage the Amazon, the world's largest rainforest, some indigenous tribes are turning to prayer in a bid to halt the destruction and protect their environment for future generations. 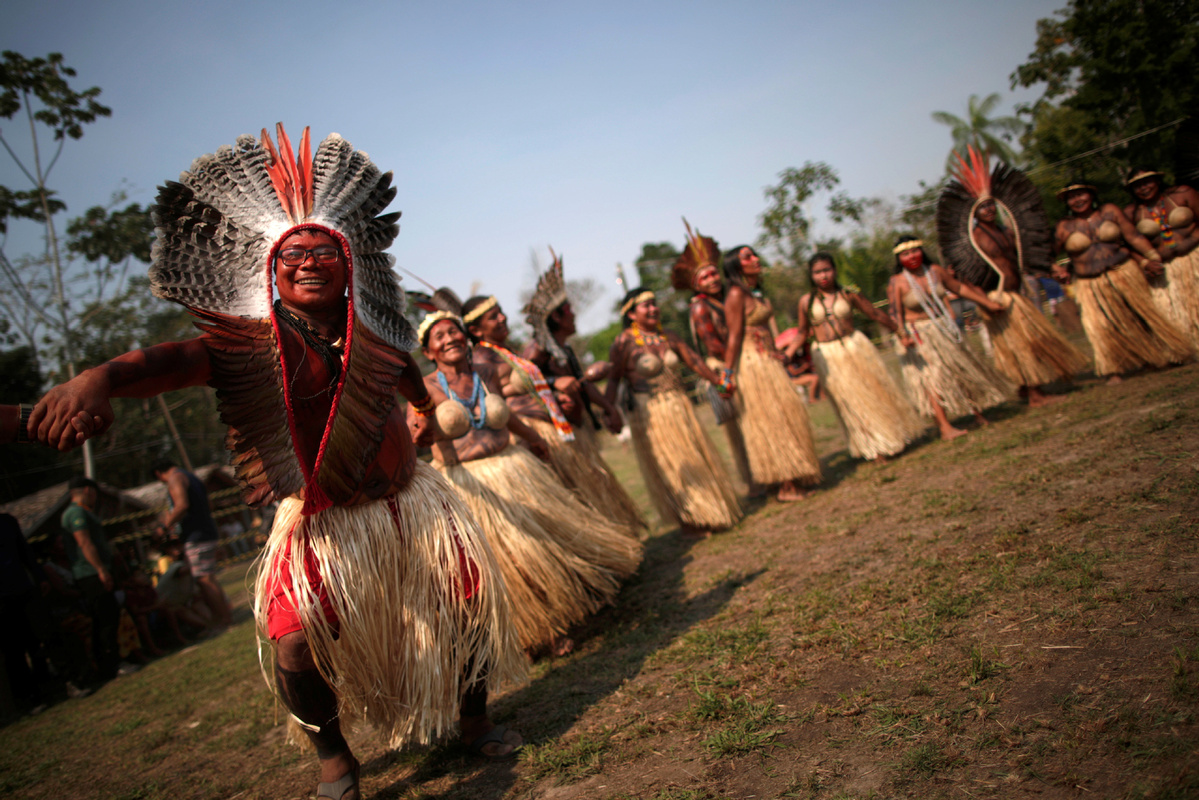 Indigenous people from the Shanenawa tribe dance during a festival to celebrate nature and ask for an end to the burning of the Amazon, in the indigenous village of Morada Nova near Feijo, Acre State, Brazil, September 1, 2019. (Photo: Agencies)

In the village of Feijo, close to Brazil's border with Peru, indigenous people from the tribe of Shanenawa on Sunday performed a ritual to try to find peace between humans and nature. With faces painted, dozens danced in circles as they prayed to put an end to the fires.

"We want peace and love," Tekaheyne Shanenawa, a Shanenawa leader, said as he danced in a circle as part of their ritual.

"Peace, harmony and education to stop these fires that have attacked the Amazon."

The Brazilian Amazon saw 30,901 fires in August, the highest for the month since 2010, according to the country's National Institute for Space Research.

The data released on Sunday showed a 196 percent increase in fires in comparison to August 2018. In August 2010, there were 45,018 fires. Fires are most common in the Amazon during the dry season from August through October.

Much of the deforestation in the Brazilian Amazon is due to illegal activities. Land-grabbers practice slash-and-burn techniques to clear forest for agriculture and loggers encroach on national forests and indigenous reserves.

Brazilian President Jair Bolsonaro contends that past allocations of land to indigenous people, many of whom live in the Amazon rainforest, were excessive. About 14 percent of Brazil is indigenous territory, a huge area for those groups' relatively small numbers, the president said.

"If the fires continue the way they are, in 50 years time we will no longer have the forest standing up," said Bainawa Inu Bake Huni Kuin, another Shanenawa leader.

Most of the Amazon is located in Brazil, but significant parts are also located in Colombia and Peru, where fires have also been detected. The Shanenawa people number about 720 and inhabit around 23,000 hectares of land.

But the backlash has been particularly strong against the Bolsonaro administration, which has acknowledged it does not have the resources to put out the fires. Many fires are believed to have been set by cattle and soy farmers.

"Our rituals pray for planet Earth, to always keep it healthy and safe," Bainawa said. "We pray for mother water, for father sun, for mother forest and for mother earth, whom today feel very wounded."