Individualism and Trump especially failed US on virus: NYT analysis 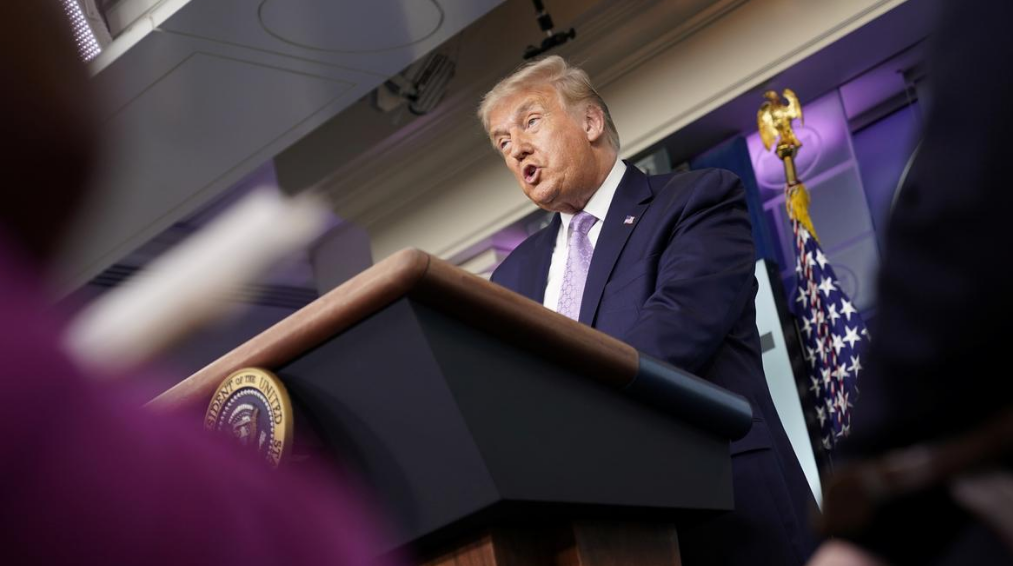 Despite being the world's leading nation on countless fronts, the United States has suffered the worst from the COVID-19 pandemic. In exploring the factors that have led to this calamity, a New York Times report has outlined two central themes that experts said uniquely contributed to the devastating consequences.

The first theme has to do with one of the country's founding principles – individualism.

U.S. citizens are more inclined to emphasize individual freedoms, which traditionally come at the expense of government restrictions, said the report.

It noted that such individualism is one of the reasons why the country has a perennially uneven health care system that produces worse medical outcomes – including higher infant mortality and diabetes rates and lower life expectancy – than in most other rich countries.

While a libertarian tradition has its advantages, it kept Americans from succeeding as well as a collective, Dr. Jared Baeten, an epidemiologist and vice dean at the University of Washington School of Public Health, told the Times.

The second major theme, according to the article, features the poor performance of the Trump administration and most particularly its penchant to ignore science. From predicting that the virus would disappear, dismissing the necessity to wear masks to pursuing a restoration of American society despite the upward trend of case counts, it characterizes President Trump's constant clashes with scientists.

Efforts to play down the coronavirus have also proven unremitting, as Trump has been trying to fabricate a less dire situation by promulgating misleading statistics.

"In many of the countries that have been very successful they had a much crisper strategic direction and really had a vision," said Caitlin Rivers, an epidemiologist at the Johns Hopkins Center for Health Security. "I'm not sure we ever really had a plan or a strategy – or at least it wasn't public."

Entailed by both of these themes was a congregation of government missteps – an absence of effective travel restrictions, insufficient supply of COVID-19 testing, inconsistent advice about masks, the misconception that reopening is the cure to economic downturn, and confusing messages from public officials, the report said.

Although the country had imposed travel restrictions at a comparatively early time, the report found that such policy did not effectively nor swiftly prevent the entry of people coming from outbreak centers, while it also neglected to expand the travel ban to make it include other countries where the virus had already begun to spread.

In the meantime, protocols for those who did arrive in the U.S. were much more lax than elsewhere and sometimes rules were introduced but not enforced, said the report.

"People need a bit more than a suggestion to look after their own health," said Dr. Mackay, who has been working with Australian officials on their pandemic response. "They need guidelines, they need rules – and they need to be enforced."

Despite having begun to develop COVID-19 testing shortly after the first patient was diagnosed in the U.S., completion of the project was much delayed due to technical flaws and all the while the virus was spreading undetected. Experts told the New York Times that weeks of not having testing proved to be the main driver for mass infections.

"You can't stop it if you can't see it," said Dr. Bruce Aylward, a senior adviser to the director-general at the World Health Organization.

Failure to provide free tests when the country ran short of the equipment was also problematic. "A young person with no health insurance and an itchy throat is unlikely to go to the doctor and therefore risks infecting more people," Dr. Hendrik Streeck, director of the Institute of Virology at the University Hospital Bonn, said at the time.

In recent weeks, the supply of tests has caught up and the country has carried out the largest volume of tests, but as case count is growing more rapidly than testing capacity, the huge demand for tests has overwhelmed medical laboratories, said the paper's report.

Mask wearing in the U.S. was first influenced by conflicting advice from public health experts. Those who were against it argued that wearing masks had little effects on containing the virus spread and they should be reserved for medical workers. But as case studies proved otherwise, it remained a divisive theme in the U.S. The Times report noted that masks became a partisan symbol, as the Republican president has been opting to discourage the use of masks.

Reopenings in many states did not necessarily facilitate an economic recovery. As the majority of those states failed to reopen in a safe manner, outbreaks began to resurface and became worse in the states that reopened the earliest. People then grew increasingly wary of visiting restaurants and shops because of the deteriorating situation.

According to the Times article, the "economy's brief recovery in April and May seems to have petered out in June and July."

Opening too soon "could turn the clock back," and that not only would cause "some suffering and death that could be avoided, but could even set you back on the road to try to get economic recovery," Dr. Anthony Fauci, the U.S. administration's top infectious disease expert, rightly predicted in May.

Many of the conflicting messages from the administration originated from President Trump himself. With the help of television stations and websites friendly to the Republican Party, Trump's self-contradicting comments have maximized their confusing effects for people who are listening, said the report.

"It doesn't seem we have had the same unity of purpose that I would have expected," Rivers said. "You need everyone to come together to accomplish something big."

On top of that, the report said Trump's failure to design a national strategy and provide leadership for states contributed to a chaotic mix of state policies.

"If you had to summarize our approach, it's really poor federal leadership – disorganization and denial," said Andy Slavitt, who ran Medicare and Medicaid from 2015 to 2017. "Watch Angela Merkel. Watch how she communicates with the public. Watch how Jacinda Ardern in New Zealand does it. They're very clear. They're very consistent about what the most important priorities are."