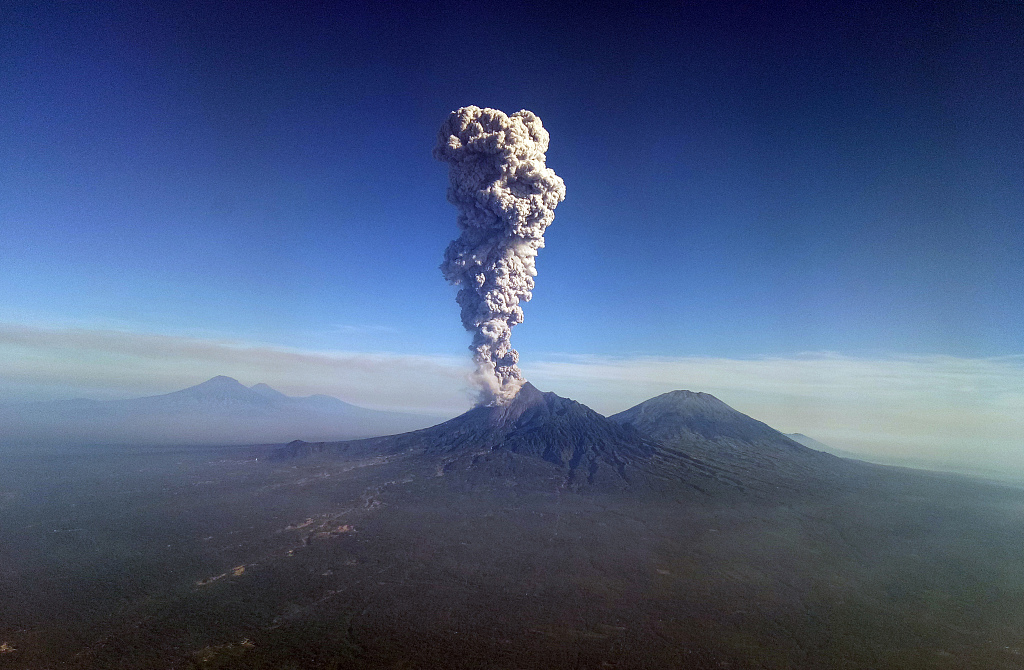 A view of Merapi Volcano eruption on May 11, 2018 in Yogyakarta, Indonesia. (File photo: VCG)

JAKARTA, Aug. 14 (Xinhua) -- Indonesian authorities banned residents and trekkers from doing activities within 3 kilometers from the summit of Mount Merapi as the volcano located between Central Java and Yogyakarta provinces spewed hot lava on Wednesday morning.

The hot lava emission from the Merapi crater lasted around 95 seconds, was recorded to have maximum amplitude of 50 millimeters, he added.

The volcano that stands at 2,968 meters tall above the sea level has been showing significant escalation of volcanic activities in the last several days with 10 intense land tremors were recorded in various degrees on Saturday.

Emergency status of the volcano was set at level II from the top alert of level IV.

"All mountain climbing activities, except for research and mitigation activities, are not recommended. Residents are strongly advised to remain vigilant over the escalating activities of the volcano," Agus said in a statement, referring to the ban applied due to the latest development.

The Mount Merapi eruption that ensued from October to November 2010 killed 353 people, forcing the authorities to evacuate over 350,000 residents in the affected areas.