Indonesians were told on Monday to brace for more heavy downpours after record rains triggered flooding and landslides that authorities said had killed at least 66 people in and around Jakarta. 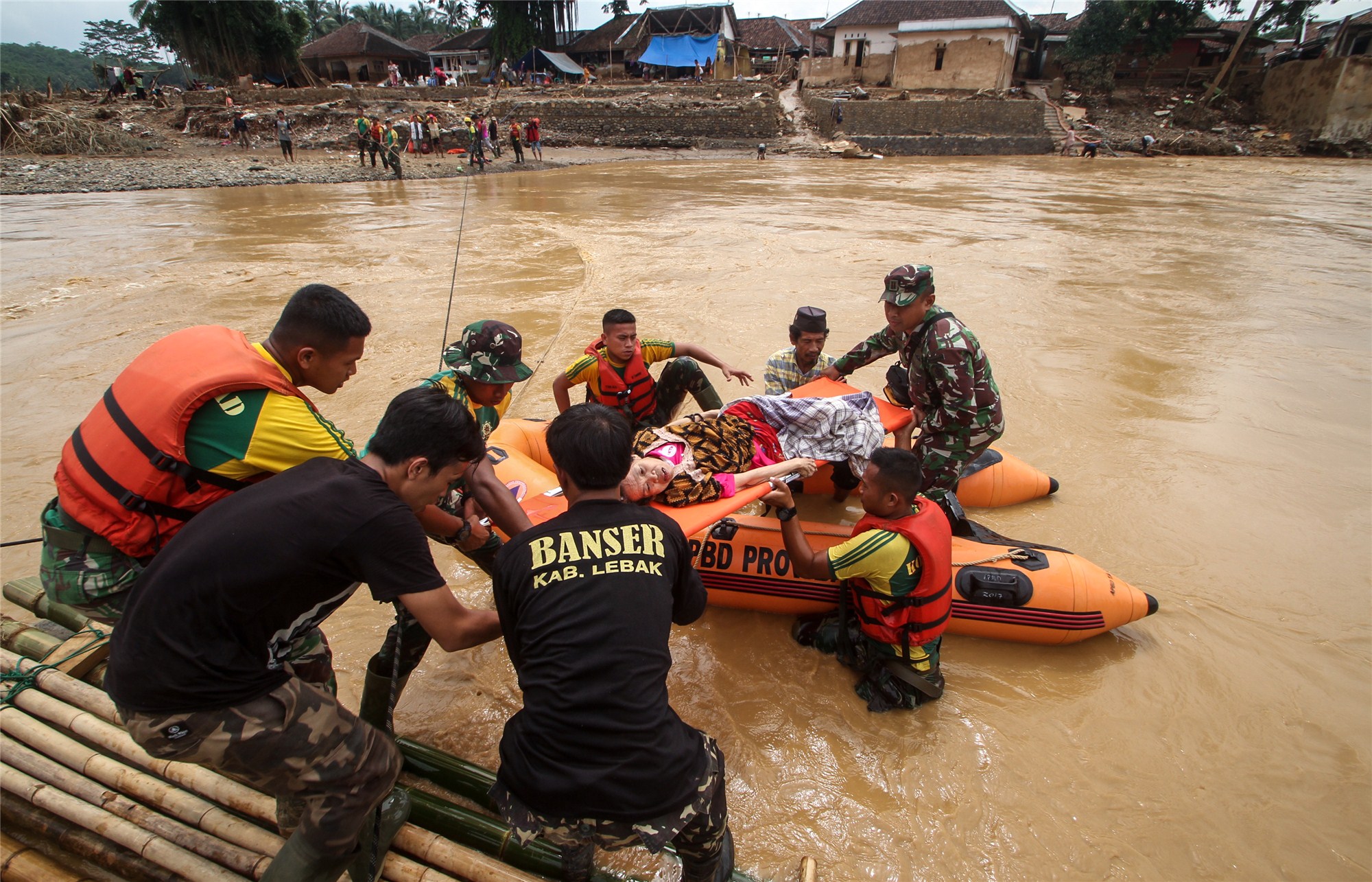 Rescuers help a sick woman cross the river to get medical assistance at the Sukarame village in Lebak, Banten province on January 3, 2020, after flooding triggered by heavy rain which started on New Year's Eve hit the area. (Photo: AFP)

Whole neighbourhoods in the capital -- a megalopolis home to around 30 million people -- were submerged last week by floodwaters that forced tens of thousands into temporary shelters.

Authorities have warned residents to take precautions and safeguard their possessions ahead of more pounding storms over the coming weeks.

"There is still potential for mid to heavy rainfall with lightning, thunder and strong winds" in greater Jakarta, Indonesia's weather bureau said in a statement Monday.

Last week's deluge was the heaviest in the capital since record keeping began in the 19th century, the agency said, leading to the city's deadliest flood disaster in years.

Some 377 millimetres (14.8 inches) of rain pounded sections of the vast city, with floodwaters reaching up to the second floor of some buildings after rivers overflowed.

At least two people in Jakarta's west were hospitalised on Monday after the collapse of a five-storey building, which Indonesia's search and rescue agency said may have been caused by a build-up of rainwater.

Authorities said Monday the death toll had climbed again to 66 with two more reportedly missing in Lebak, west of the capital.

Flash flooding killed more than half a dozen people in Lebak, including a seven-year-old boy who was reportedly swept away by the water.

Thousands remained in cramped Jakarta shelters Monday as authorities pushed to reach isolated communities outside the city affected by the disaster.

A day earlier, health workers and soldiers sprayed ravaged parts of the capital with disinfectant in a bid to prevent disease outbreaks.