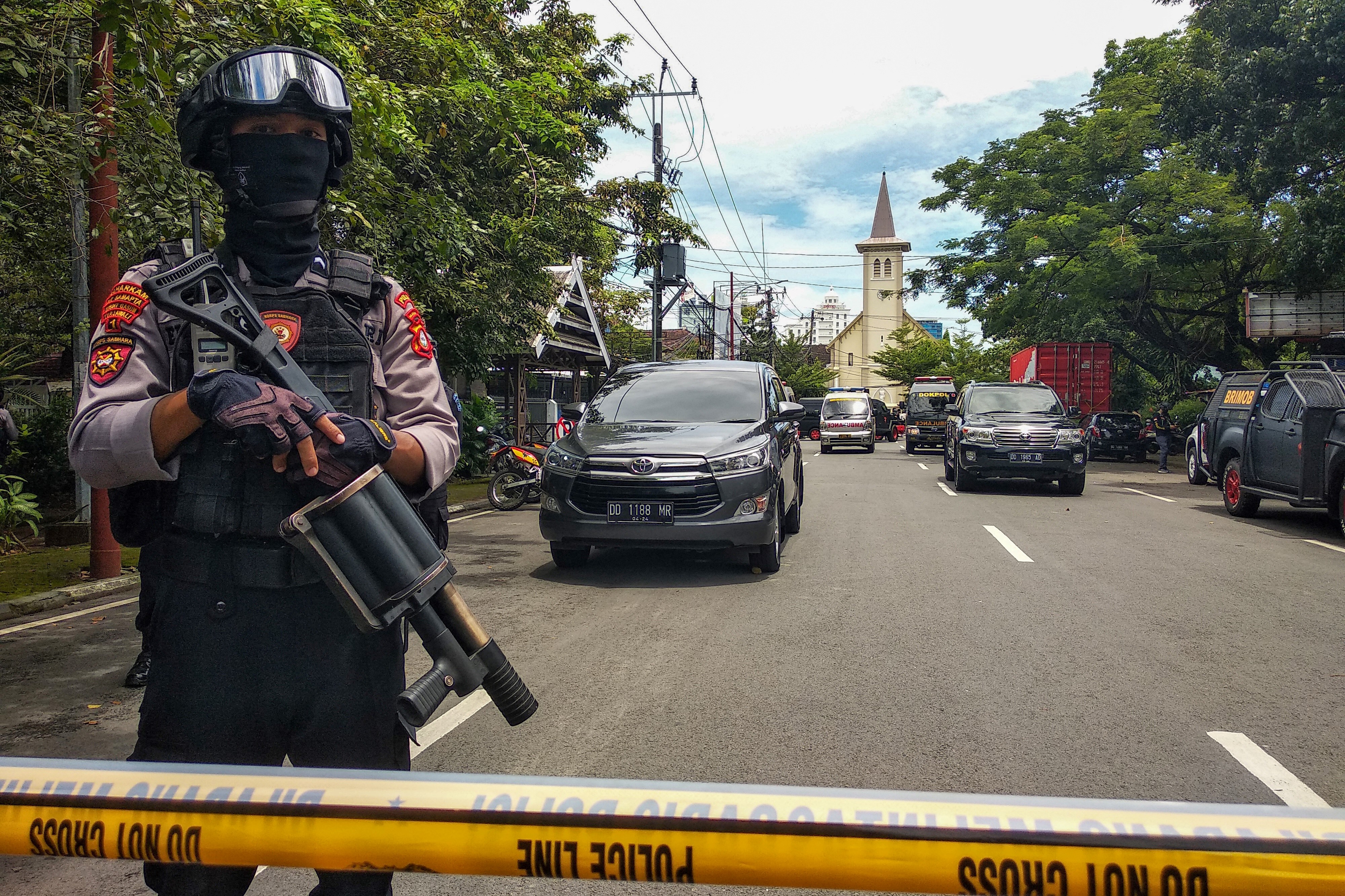 An Indonesian anti-terror policeman stands guard as police seal the area after an explosion outside a church in Makassar on March 28, 2021. (Photo: AFP)

An attack on an Indonesian cathedral on Sunday was a suicide bombing committed by two people, the country's chief security minister has said.

"A suicide bombing occurred at the cathedral church in Makassar," Mahfud MD told reporters in the capital Jakarta. "The two (bombers) died." 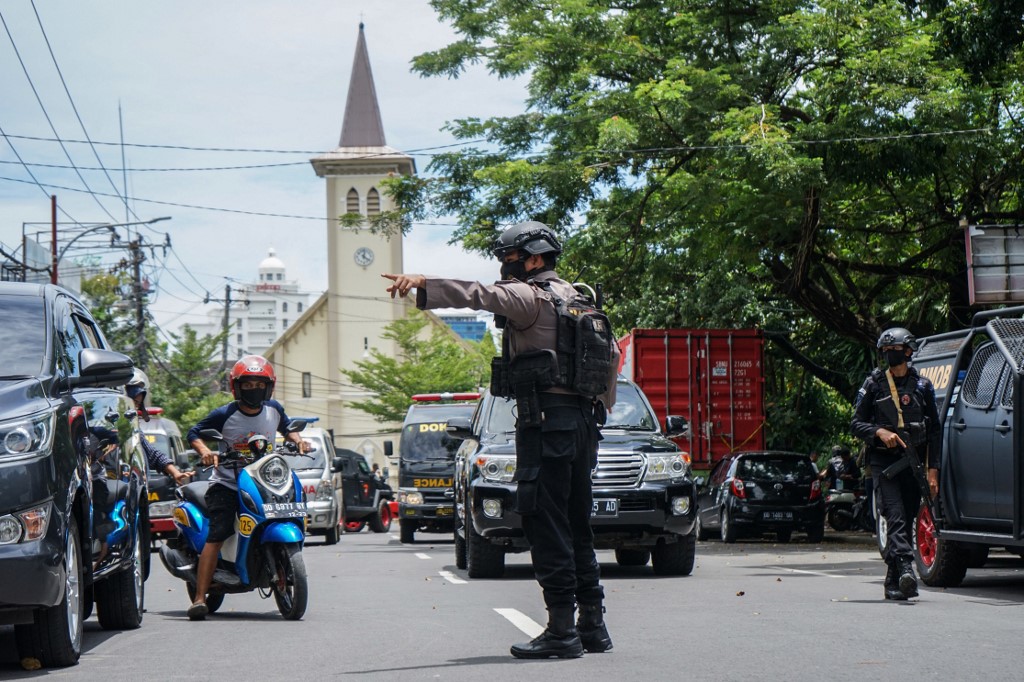 An Indonesian policeman manages the traffic after an explosion outside a church in Makassar on March 28, 2021. (Photo: AFP)

Some 20 others were wounded in the explosion as Christians inside the venue celebrated the start of Holy Week, the minister said.

It was the first official confirmation by authorities that the blast was a suicide attack.