JAKARTA, Jan. 7 (Xinhua) -- The Indonesian Health Ministry has dispatched tens of thousands of health workers to the flood-impacted areas in and around the country's capital of Jakarta in anticipation of diseases spreading after the natural disasters. 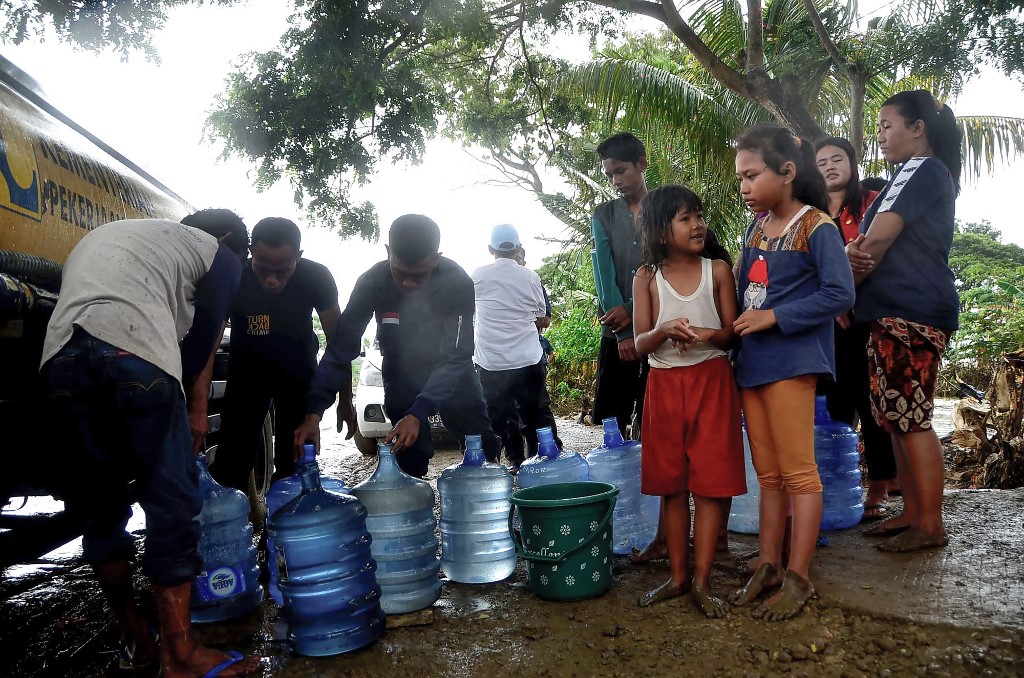 People wait to get fresh water from a truck in their flood affected village in Bekasi, West Java on January 4, 2020. (Photo by AFP)

The ministry has sent a total of 14,000 health workers to the disaster-hit areas as several diseases, such as diarrhea, ringworm, dengue fever and other ailments would likely infect the residents after the waters submerged their houses, the ministry's Secretary General Oscar Pribadi said.

"The health workers have undergone emergency relief efforts following the disasters. And the most important thing is that we anticipate the diseases from spreading in the aftermath of the floods," he said.

Besides, another task of the paramedics was to ensure that the food supply for the evacuees has been complied, the official said.

The floods, flash floods and landslides hitting Jakarta and its peripheral territories during the New Year's Eve have left at least 67 people dead with nearly 400,000 taking shelters.