JAKARTA, March 8 (Xinhua) -- The Indonesian government reported on Monday four new confirmed cases of the virus variant originally discovered in Britain known as B117, a more transmissible variant than COVID-19. 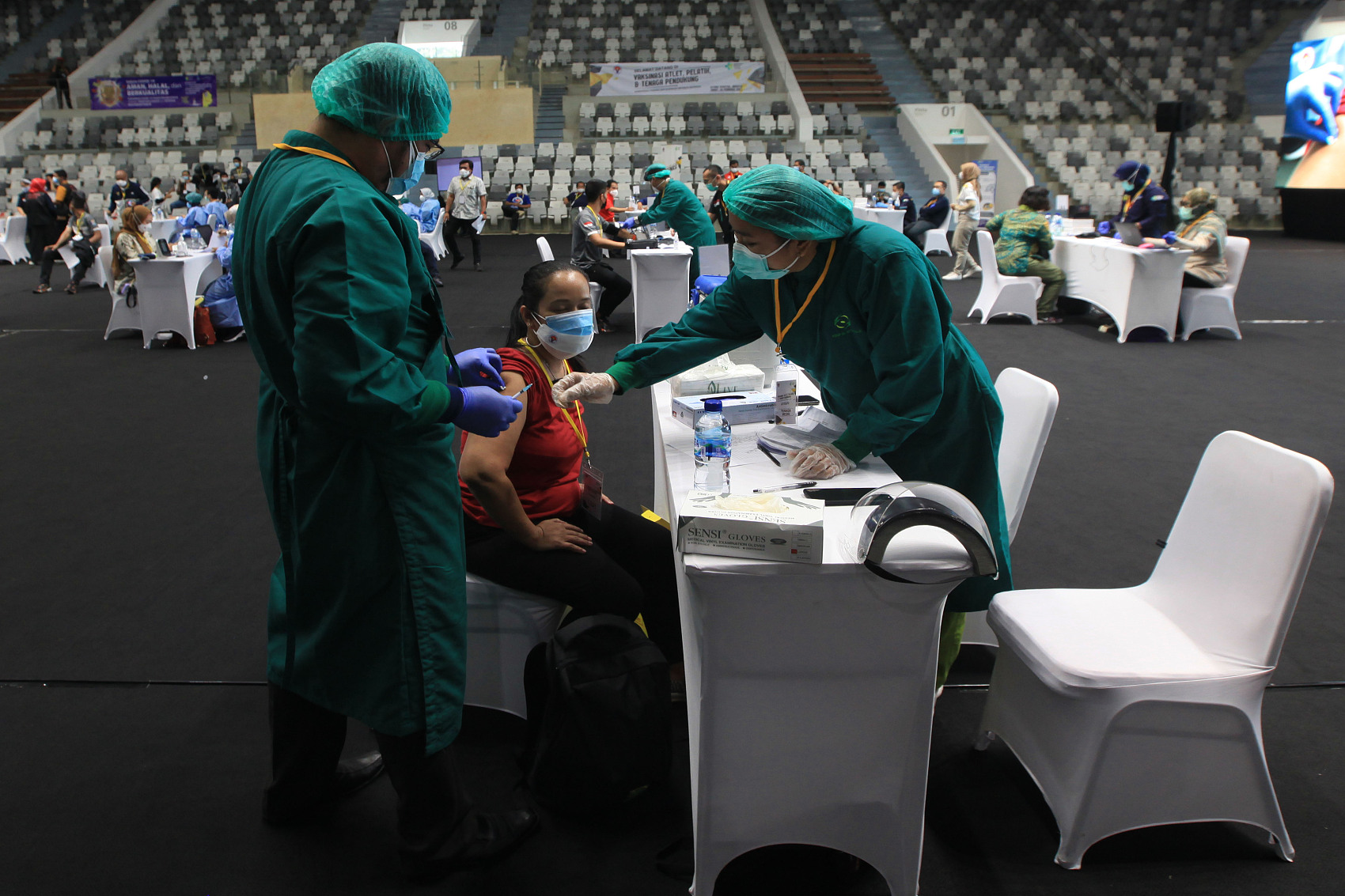 An athlete receives her first dose of coronavirus (COVID-19) vaccine during a vaccination campaign for athletes at Istora Gelora Bung Karno in Jakarta, Indonesia on February 27, 2021. (File photo: CFP)

The new cases were announced by the country's health minister Budi Gunadi Sadikin at a press conference on Monday.

The four people who contracted B117 have recovered from the virus, he said, adding that authorities were currently conducting contact tracing following the detection.

To date, Indonesia has detected six cases of the new variant.

The detection of the first two cases of B117 in the country was announced earlier in March.