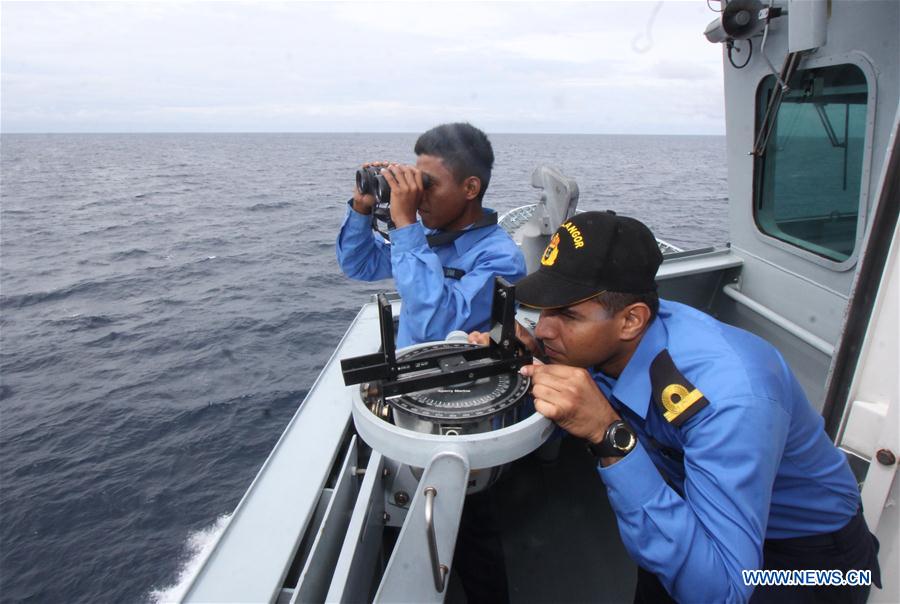 JAKARTA, May 30 (Xinhua) -- Rescuers have widened the search area to 45 nautical miles (about 83 km) northeast of the site where a ship capsized in central Indonesia, a rescuer said on Monday.

"Because that is the area where more victims were discovered," said Mukti Ali, a rescuer who is in charge of the search and rescue office in South Sulawesi province.

He confirmed that the number of victims who survived the ship capsize in the Makassar Strait of the province has risen to 31 with 11 people still missing.

"For today, the operation is temporarily ended and will resume tomorrow. Some ships have headed to shore, but another remains at sea," he said.

The ship sank amid huge waves in the Makassar Strait on Thursday, but the incident was reported to authorities on Saturday, according to Wahid D.J., a senior official at the search and rescue office.

The ship suffered an engine failure when it was hit by the huge waves, he told Xinhua.