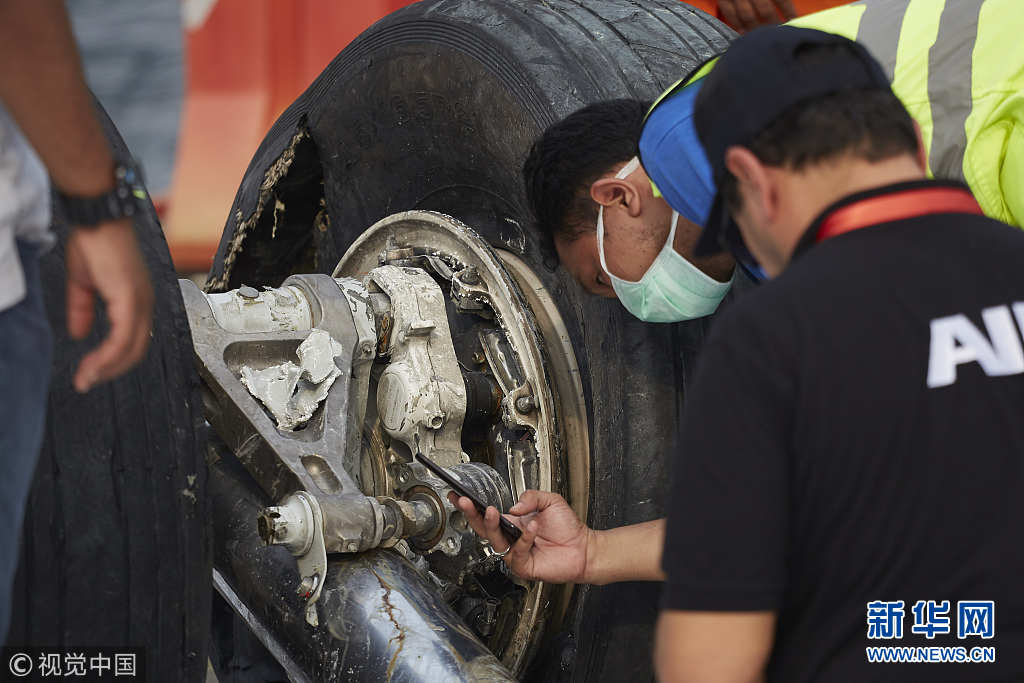 Technicians are checking the debris recovered from the crashed plane. (Photo: VCG/Xinhua)

The DVI managed to identify seven more passengers of the crashed plane on Sunday. Previously, seven others were identified in police hospital of Bhayangkara in eastern Jakarta.

Confirmed identification on the passengers came up from ante-mortem and post mortem mechanisms by matching their finger prints, medical and teeth formation records and DNA.

Six of the last seven identified passengers were confirmed from their DNA examination, while the other one was identified from finger print and medical records, DVI Head Lisda Cancer said in the police hospital on Sunday.

Parts of the identified ones were originated from Pangkalpinang, the destination city of the ill-fated flight in Bangka Belitung province.

The other ones came from Jakarta and several provinces in Java and Sumatra. Part of the identified body parts have been delivered to their families, buried in cemeteries in their respective towns.

As of Saturday, the police hospital has received 104 body bags containing body parts from the crashed plane.