Two 10-month-old twins were among at least 11 people killed in landslides across an Indonesian city early on Monday, a search and rescue officer said. 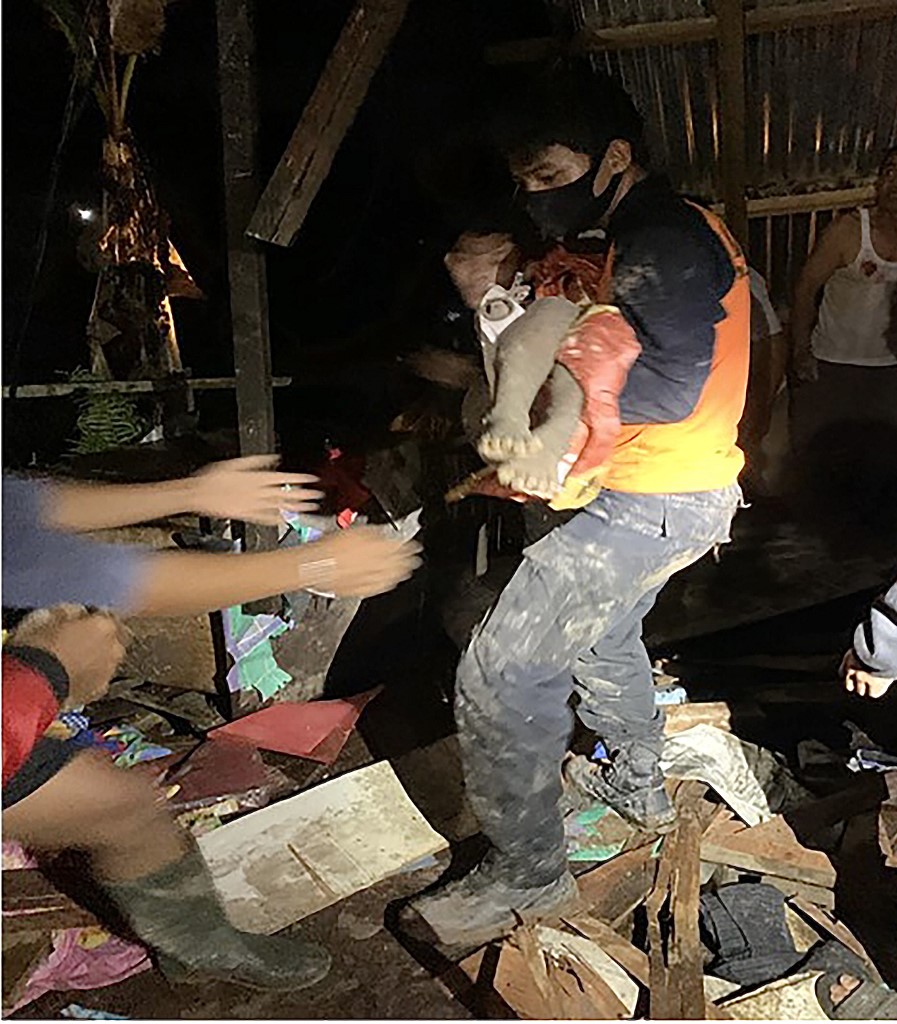 This handout photo taken on September 28, 2020 and released by North Kalimantan agency for Disaster management shows a rescuer saving a child after landslides struck in four separate locations in Tarakan, the largest city of the North Kalimantan province, after hours of heavy rains and strong winds that has killed 11 people. (Photo: AFP)

Several houses were buried in four separate locations around Tarakan on Borneo island after hours of heavy rain and strong winds.

Five children were among the dead while four other people were rescued alive.

"The heavy rain and strong wind triggered landslides in several locations at almost the same time and some people could not save themselves," local search and operation chief Amiruddin, who like many Indonesians goes by one name, told AFP on Monday.

"Among the victims we retrieved the body of a father and his 10-month-old twin boys," he added.

At least 19 homes were damaged across Tarakan.

Fatal landslides and flash floods are very common across the Indonesian archipelago, where seasonal downpours are frequent and relentless.

Indonesia's disaster agency has estimated that 125 million Indonesians -- nearly half the country's population -- live in areas at risk of landslides.