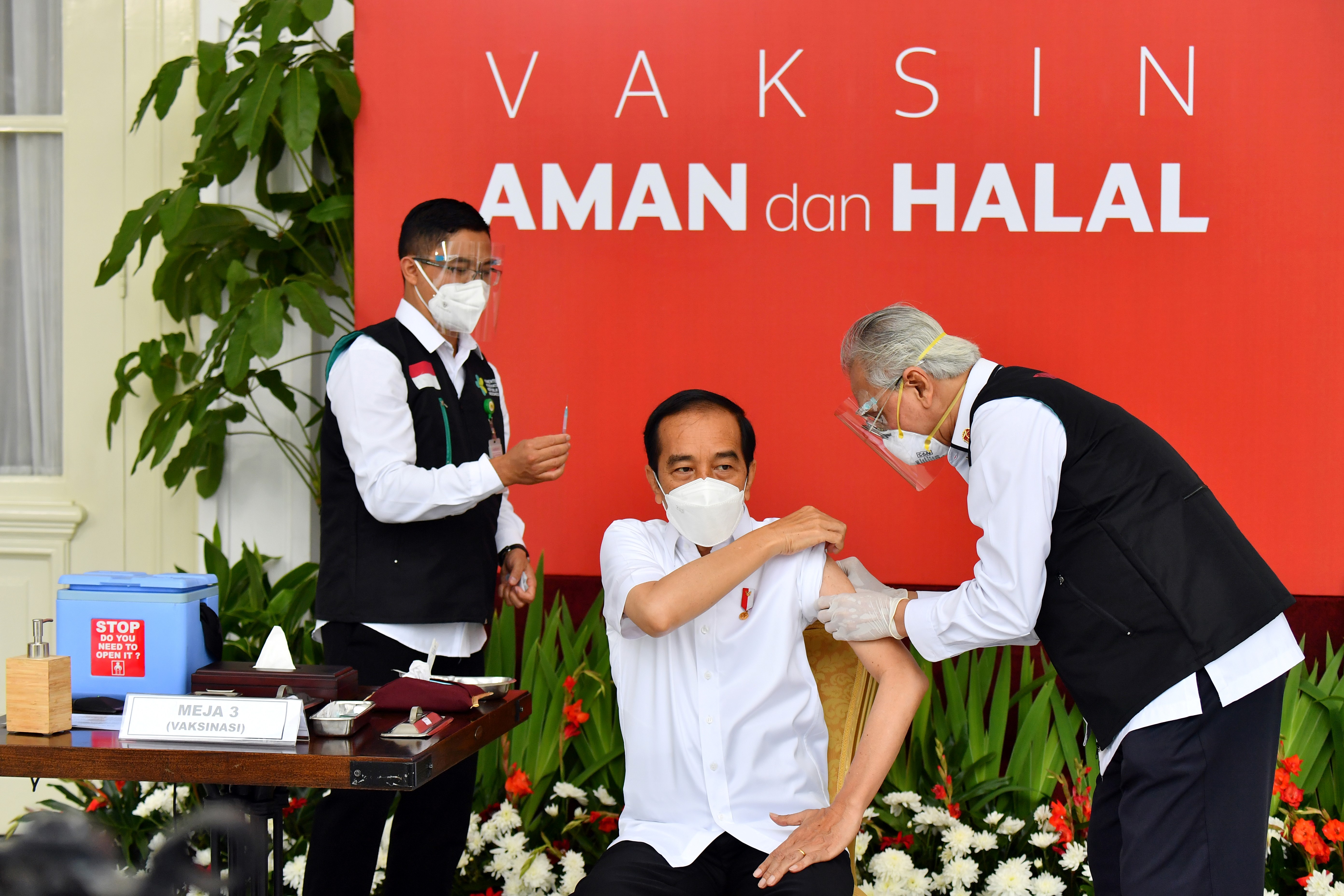 The 59-year-old leader, better known as Jokowi, was inoculated on live television at the state palace in Jakarta along with his health minister and several senior officials, as well as business and religious leaders.

"I don't feel it at all," he said with a laugh after receiving a dose of the Chinese-developed CoronaVac, the first of two required.

"This vaccination is important to break the chain of coronavirus infections and to give health protection to all of us, and safety and security for all Indonesians," Jokowi told reporters, adding that it would "also help speed up the economic recovery".

Domestic regulators had this week approved the CoronaVac shot, produced by Sinovac, announcing that its efficacy stood at 65.3 percent, according to tests performed in Indonesia.

Tests done in hard-hit Brazil showed the Sinovac jab was highly effective in staving off moderate to serious virus cases. But overall, it was only about 50 percent effective in preventing patients from contracting the disease.

While the vaccine has reached the minimum efficacy target of 50 percent set by the World Health Organization, it is well behind the shots developed by Moderna at 94 percent and Pfizer-BioNTech at 95 percent.

This week, Muslim-majority Indonesia's top religious body also approved the vaccine as halal -- meaning permissible under Islam -- in a move that could help convince wary citizens.

Previous vaccination drives have met resistance among some segments of the country's huge population, the world's fourth-largest.

Health workers and other at-risk groups will get priority under an ambitious plan to inoculate nearly 182 million people over the next 15 months.

The Southeast Asian nation has also signed deals for nearly 330 million vaccine doses from a string of pharmaceutical companies including AstraZeneca, Pfizer and Chinese suppliers such as Sinopharm.

Indonesia has reported nearly 850,000 Covid-19 cases and close to 25,000 deaths, but low testing rates mean the public health crisis is believed to be much bigger than the figures suggest.