The death toll from an Indonesian ferry disaster could top 180, as authorities raised an estimate of the number of people missing two days after the wooden tourist boat sank in a lake formed in the crater of an ancient volcano. 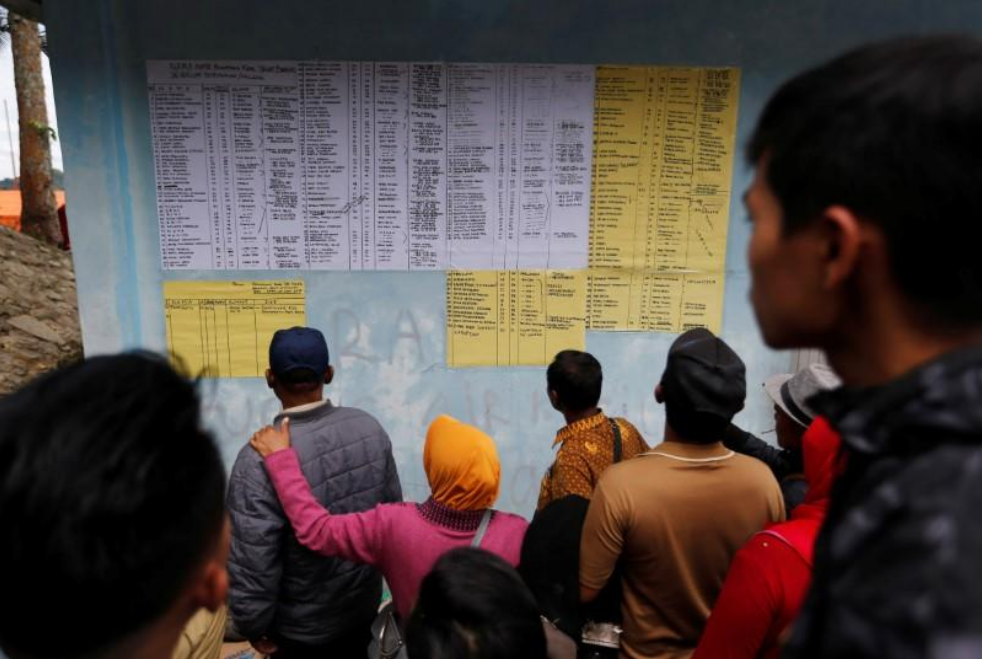 Divers and an underwater drone joined the search of Lake Toba on Sumatra island on Wednesday as tearful relatives of gathered at the small port in Tigaras, awaiting any news.

The new estimate on the number missing is three times the ferry’s capacity and up from around 130 estimated previously, including many children.

Eighteen survivors were picked up soon after the overcrowded ferry sank early Monday evening, as the wind picked up and waters turned rough on the lake. 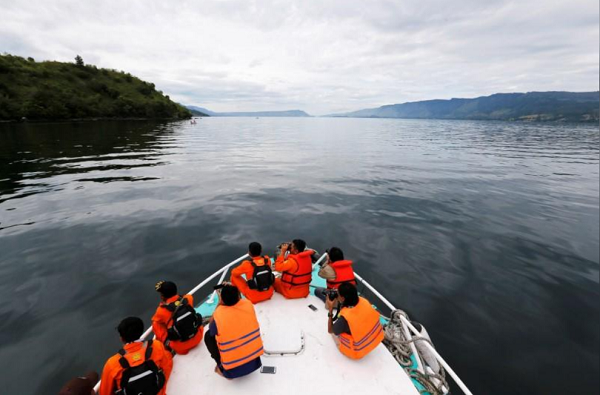 Dozens of desperate family members crowded around as a third body was brought ashore at Tigaras on Wednesday morning.

Searchers expect to find many more victims trapped in the doomed vessel once they locate where it came to rest in the 450-metre (1,500 feet) deep lake.

“We have the coordinates from when it sank, but we need to verify it,” said Budiawan, head of the National Search and Rescue Agency (BASARNAS) in Medan.

A team of 25 divers, including marines, were searching for the vessel, along with a remotely operated underwater vehicle (ROV), though that can only operate up to a depth of 380 meters, he said. An ongoing search on the surface of the lake had so far yielded little.

Spread over 1,145 square km (450 square miles), Lake Toba fills the caldera of a giant volcano that erupted some 75,000 years ago, in one of the world’s biggest eruptions. 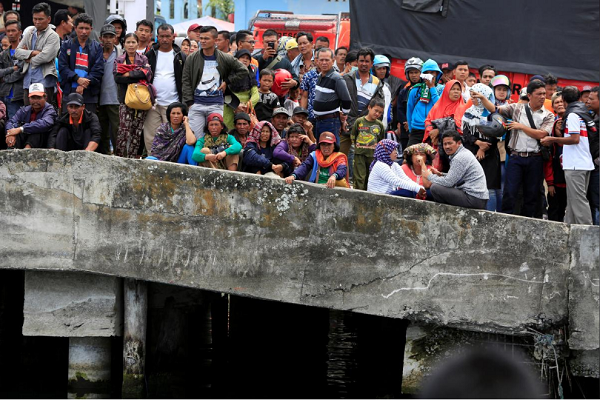 The lake is a popular tourism destination although there has been no information yet on whether foreigners were among the missing.

The weather was calm on Wednesday, but conditions can quickly change on the picturesque lake, where there have been a string of previous accidents, including a sinking in 1997 when about 80 people were reported to have died.

Ships often carry far more passengers and goods in Indonesia than they are designed for with safety rules frequently flouted.

The country’s Transport Minister Budi Karya has said investigators would check whether the ferry had been equipped with life jackets and whether they had been used.

The doomed vessel had a capacity for only 60 passengers and was also carrying dozens of motorcycles, another transport ministry official has said.

Ferry accidents are common in Indonesia, a vast archipelago, especially during the Islamic holiday of Eid al-Fitr, which fell last week, when millions of people travel by land, sea and air to their hometowns after the fasting month of Ramadan.