JAKARTA, Feb. 5 (Xinhua) -- Indonesia and Malaysia are pushing for a special ASEAN (Association of Southeast Asian Nations) meeting to discuss the situation in Myanmar. 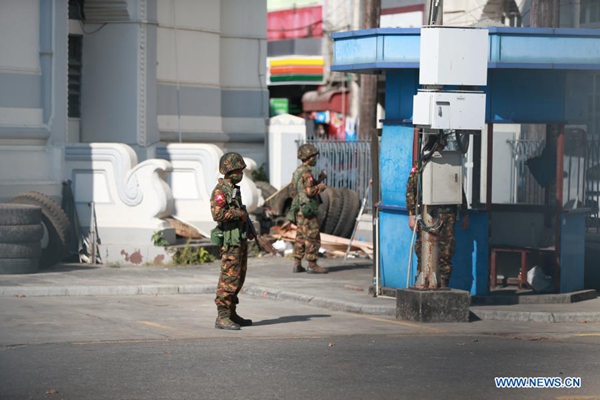 Indonesian President Joko Widodo conveyed the call in a joint press statement with Malaysian Prime Minister Muhyiddin Yassin after a meeting at the Merdeka Palace in Jakarta on Friday.

The Indonesian president said that he has agreed with the Malaysian prime minister that they will assign their foreign ministers to speak with the ASEAN chair to hold a special meeting of the bloc's foreign ministers on the Myanmar issue.

"We discussed regional and global issues, including the ongoing progress in Myanmar," Joko said.

Indonesia and Malaysia, he said, were concerned about the political development in Myanmar and hoping the political differences in the country could be resolved in accordance with the applicable law.

Muhyiddin said that Malaysia was paying serious attention to the political developments in Myanmar.

He agreed with the idea of holding a special meeting of ASEAN foreign ministers to discuss the situation in Myanmar more deeply.

Muhyiddin arrived in Jakarta on Thursday afternoon for his first official visit abroad after becoming Malaysia's prime minister in March last year. He was scheduled to return to Malaysia on Friday evening.