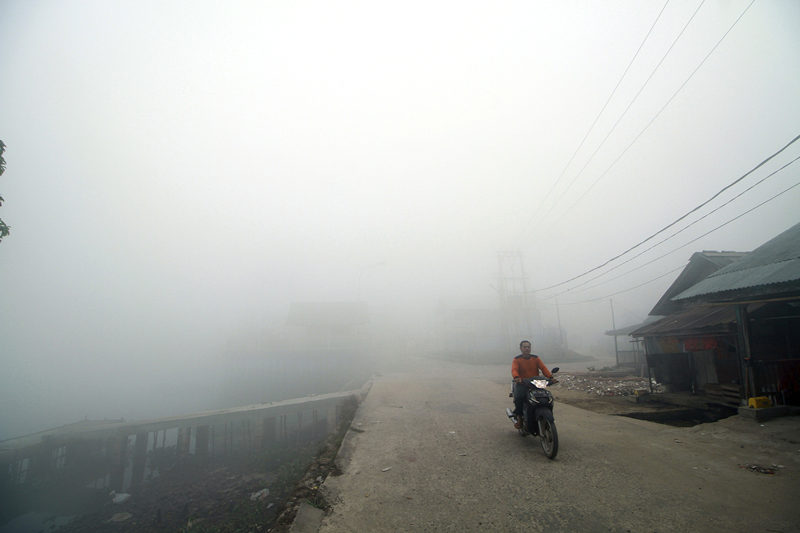 A man rides his motorcycle through the haze from forest fires in Palembang, South Sumatra, Indonesia, Monday, Oct. 14, 2019. (Photo: AP)

Wibowo said South Sumatra province had the largest number of detected fires, with nearly 700 hotspots, prompting authorities to shut most schools in Palembang, the province's capital, to protect children.

Haze from Indonesian fires, often set to clear land for planting, is an annual problem for Southeast Asia.

The fires are often started by smallholders and plantation owners to clear land for planting. Many areas of Indonesia are prone to rapid burning because of the draining of swampy peatland forests for pulp wood and palm oil plantations.

He said firefighting measures included 14 tons of salt to induce rain in anticipation of worsening fires.

This year alone, at least 52 helicopters have dropped more than 371 million liters (98 million gallons) of water and 255 tons of salt for cloud seeding as part of the firefighting efforts in six provinces that have declared emergencies. The provinces have a combined population of more than 23 million.

Record Indonesian forest fires in 2015 spread haze across a swath of Southeast Asia, and according to a study by Harvard and Columbia universities, hastened 100,000 deaths.