WORLD Indonesia revises down death toll of quakes, tsunami to 2,081

Indonesia revises down death toll of quakes, tsunami to 2,081 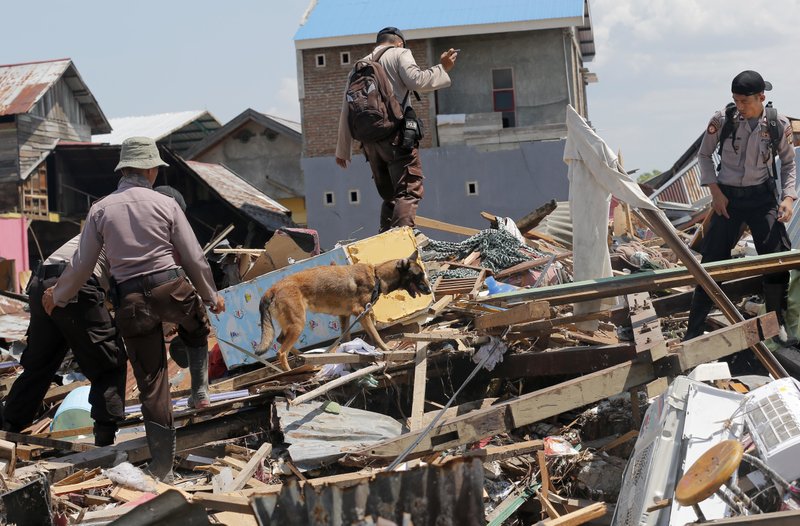 JAKARTA, Oct. 26 (Xinhua) -- Indonesian authorities on Friday revised down the death toll from powerful quakes and an ensuing tsunami in Central Sulawesi Province in September to 2,081 from 2,256.

The multiple quakes followed by a tsunami devastated the province, resulting in a financial loss of 15.29 trillion rupiah (some $1.011 billion), spokesman of the national disaster management agency Sutopo Purwo Nugroho said on Friday.

That compares with a total of 13.82 trillion rupiah (about $913.36 million) unveiled by the agency on Sunday.

But he did not say whether the financial need for reconstruction will also edge up.

Previously the agency has said that a total of about 10 trillion rupiah ($657 million) was required for reconstruction.

The province is to undergo two-year reconstruction and rehabilitation beginning of next month, according to Indonesian Vice President Jusuf Kalla.

Meanwhile, the authorities revised down the number of internally-displaced persons from 223,751 to 214,925.

All the evacuees are taking shelter in encampment or under tarpaulin in 122 evacuation centers, the spokesman said.

The deadly natural disasters on Sept. 28 destroyed 68,451 houses, 327 religious buildings, and seven bridges, and cracked roads in 168 spots, according to the agency.