Indonesia's Joko Widodo was on track to be re-elected as president of the world's third-biggest democracy Wednesday with pollsters giving him a wide lead over rival Prabowo Subianto, an ex-general. 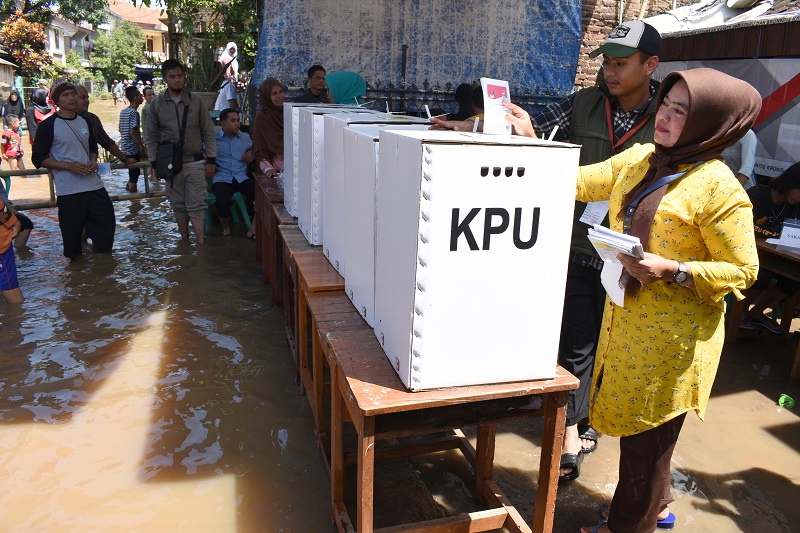 Based on data collected at polling stations, Saiful Mujani Research Centre, Indo Barometer and Indikator Politik Indonesia put Widodo at about 55 percent of the vote against Prabowo's 44 percent.

Cover image: Officials count ballots at a polling centre after the polls closed for the country's general election in Kuta, near Denpasar, on Indonesia's resort island of Bali on April 17, 2019.