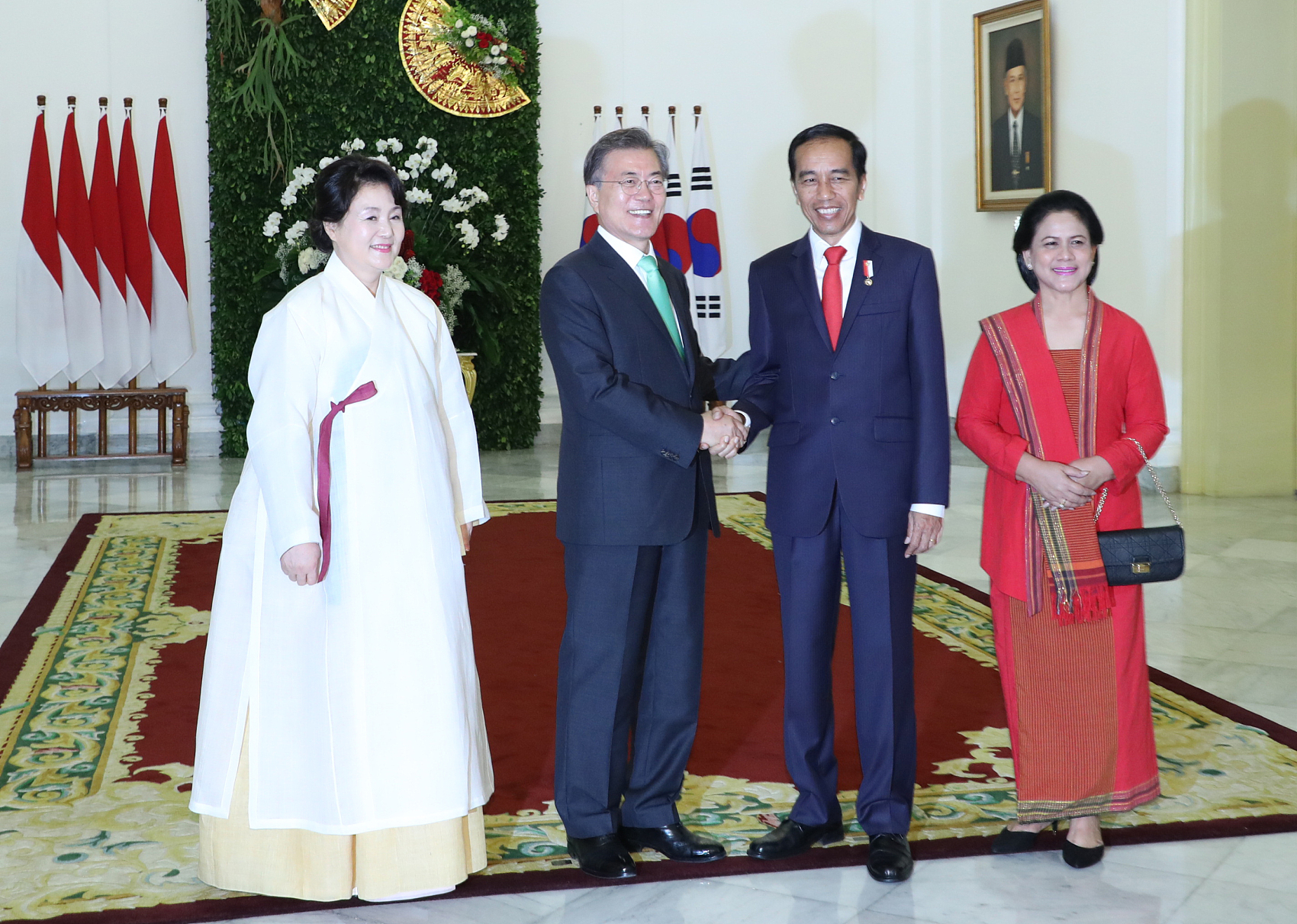 Indonesia and South Korea signed business deals potentially worth $1.9 billion, covering transportation and other sectors on November 9.
The pacts came before a forum attended by visiting South Korean President Moon Jae-in earlier in the day. At the forum, Moon said that his country wanted to boost economic ties with Indonesia.
Moon arrived here on November 8 on a three-day state visit. Indonesian President Joko Widodo welcomed his South Korean counterpart at a palace in a botanical garden near the country's capital in the afternoon on November 9.