JAKARTA, June 3 (Xinhua) -- Indonesia's most active volcano Merapi erupted four times with lava downfalling as far as 1,500 meters from its peak to the southwest on Thursday from 00:00 to 06:00 a.m. local time, according to the Geological Disaster Technology Research and Development Center. 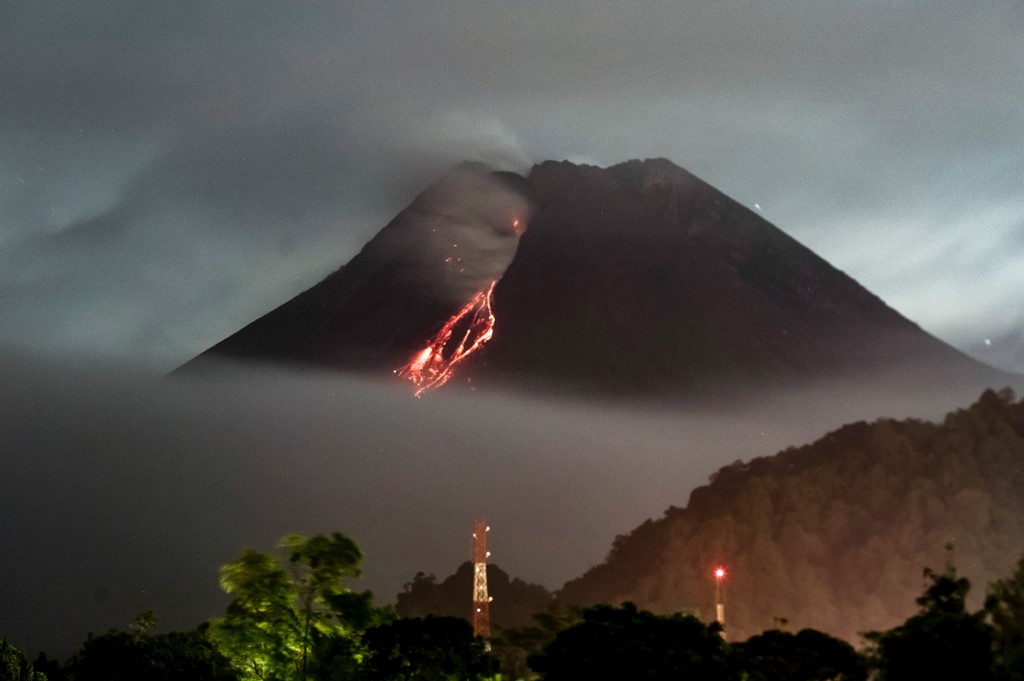 Lava flows down from the crater of Mount Merapi, Indonesias most active volcano, as seen from Kaliurang in Yogyakarta on April 14, 2021. (File photo: AFP)

"In those six hours, Merapi also experienced 43 avalanche earthquakes for 10 to 141 seconds and five gust earthquakes for 11 to 27 seconds," the center's Head Hanik Humaida said on Thursday.

As of Thursday morning, the mountain situated on the border between Yogyakarta and Central Java provinces is still belching thick white smokes as high as 50 meters above its peak, added Humaida.

Authorities urged people not to be in the danger zone within a 3-km radius of the peak and to avoid rivers originating from Merapi, such as Kuning, Boyong, Bedog, Krasak, Bebeng, and Putih rivers.