JAKARTA, March 22 (Xinhua) -- Indonesia's most active volcano Mount Merapi erupted twice on Monday, spewing hot clouds as far as 1,500 meters to the southwest, according to the Geological Disaster Technology Research and Development Center. 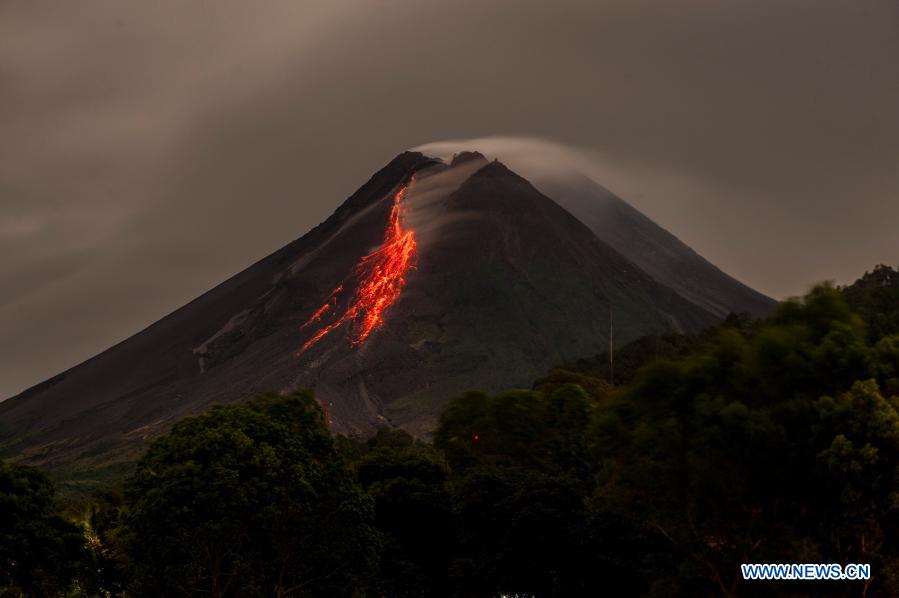 The center's head Hanik Humaida said the first eruption occurred at 2:03 a.m. local time for 134 seconds with an amplitude of 40 mm.

"The first hot clouds rolled up to 1,300 meters to the southwest," said Humaida.

Besides, during 00:00 to 6:00 a.m. local time, Merapi also released incandescent lava five times as far as 1,000 meters to the southwest.

"Currently, the activity of Mount Merapi is still at the third-highest level," added Humaida.

Areas which are potentially dangerous are several rivers where lava and hot clouds are flowing in the south-southwest sector such as the Kuning, Boyong, Bedog, Krasak, Bebeng, and Putih rivers, as well as Gendol river in the southeast sector.

"We urge residents or tourists not to move to these dangerous areas," Humaida said.

Located in borders of Central Java and Yogyakarta provinces, the volcano's violent eruption killed more than 200 people and forced hundreds of thousands to flee their homes in 2010.