JAKARTA, May 10 (Xinhua) -- Mount Sinabung in Indonesia's North Sumatra province erupted at 7:47 a.m. local time Monday, belching thick gray ashes 2,500 meters from its peak to the south and the west, according to the Volcanology and Geological Hazard Mitigation Center. 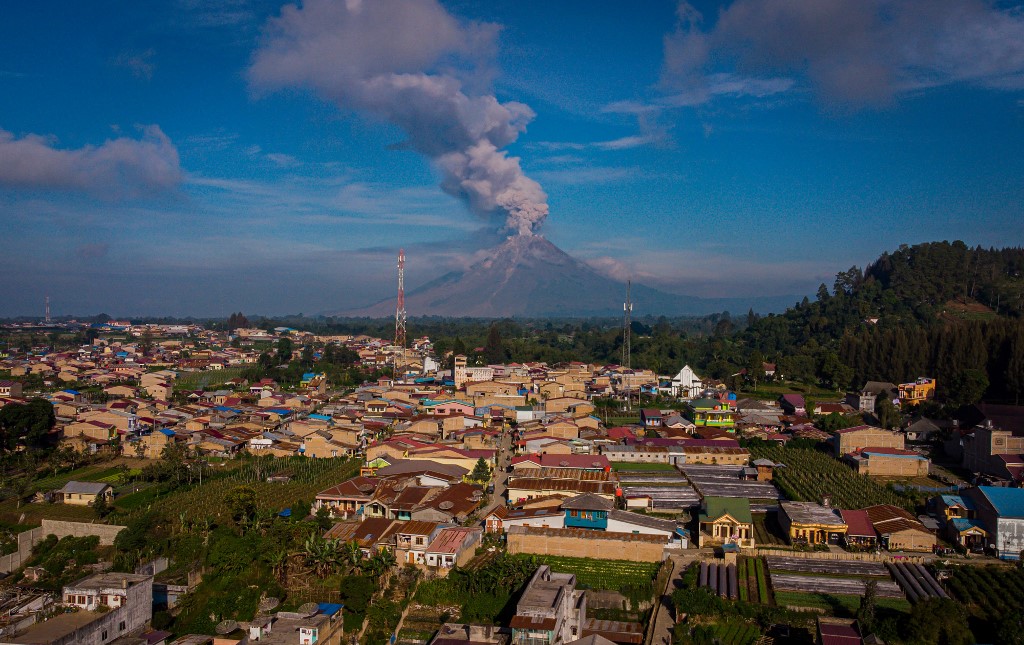 "This eruption was recorded on a seismograph with a maximum amplitude of 90 mm and a duration of 246 seconds," said the center's officer Armen Putra on Monday.

The center recommended that people should not move to the villages that have been relocated and areas within a radius of 3 km from the peak.

It also urged people to avoid rivers originating from the volcano and to wear masks when going outside so that dangerous volcanic ashes will not be inhaled into their lungs.

The Sinabung eruption on May 22, 2016, killed seven people and injured several others, while that on Aug. 8, 2020 displaced tens of thousands of people and closed down three villages.