JAKARTA, Jan. 15 (Xinhua) -- Over 900 houses and buildings were destroyed, and two people were wounded after a 6.6-magnitude earthquake struck off Indonesia's capital Jakarta and its surrounding provinces on Friday, disaster agency officials said on Saturday.

The main shock of revised 6.6 on the Richter scale hit at 4:05 p.m. Jakarta time (0905 GMT) on Friday, with the epicenter at 52 km southwest of Sumur sub-district of Pandeglang district, according to the Meteorology, Climatology and Geophysics Agency. 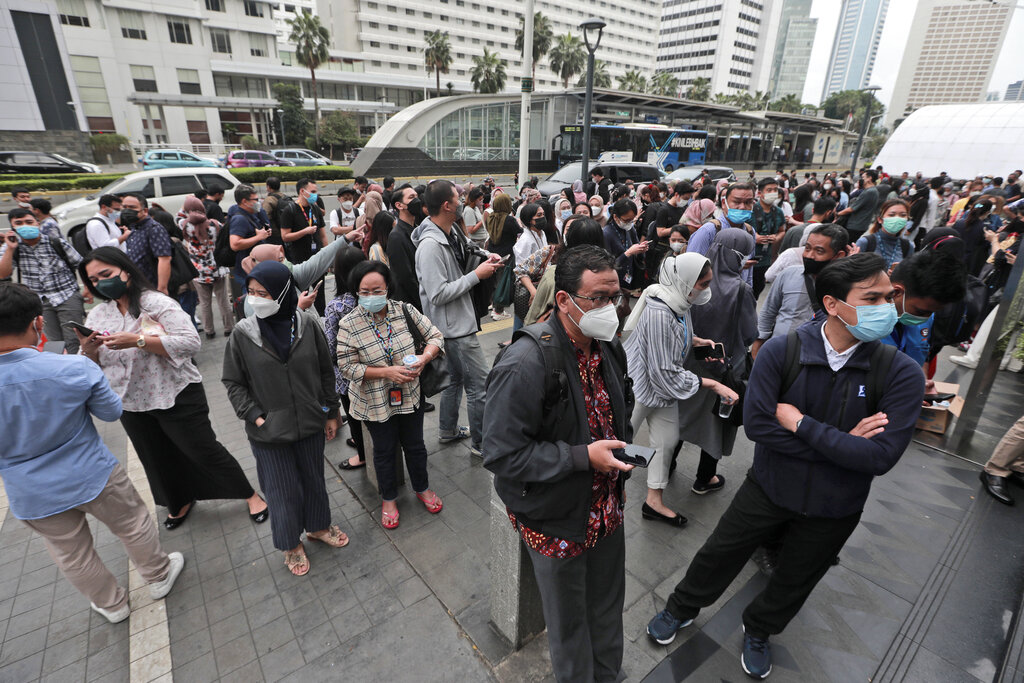 In the capital city Jakarta, the tremors triggered panics and people were rushing outside from high buildings, mall shopping centers and houses, but there is no report of casualties.

According to the officials, as many as 922 houses and buildings were destroyed in all involved cities.

In Pandeglang district, 745 houses and 35 buildings such as health clinics, schools, and places of worship were damaged, said Nana Suryana, head of the operational unit of the provincial disaster management and mitigation agency.

The official said that only two residents suffered minor wounds as they had been well prepared for possible disasters.

"We have conducted drills, informal education and advisories for the people about the precautionary measures on quakes and other disasters. The moves have been carried out since September of last year. They are fruitful now as only two of our residents get minor wounds," said Suryana.

The disaster has triggered evacuation, but most of the evacuees, especially those with their houses seriously damaged, have taken shelters to their relatives' houses, he said.

Risk assessment is still underway, Suryana said, citing that all the quake-impacted areas have been reached.

The National Disaster Management and Mitigation Agency advised that the people in the quake-hit areas take precautionary measures as aftershocks struck several times with the highest magnitude of 5.7, the agency's acting spokesman Abdul Muhari said.

"As a precaution measure, the residents are recommended to stay away from cracked buildings or damaged buildings after the quake," he said in a text message.