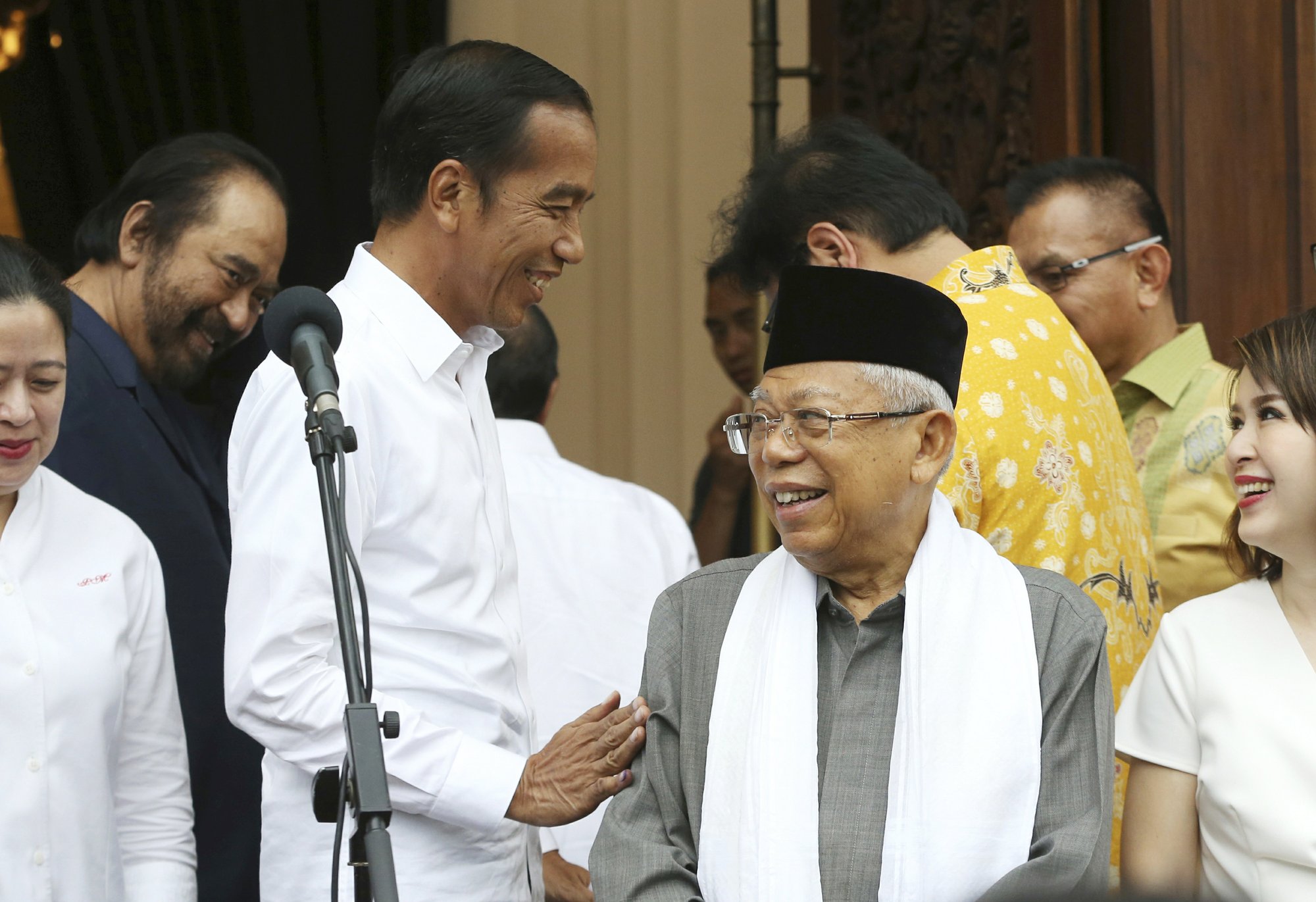 Indonesian President Joko Widodo said Thursday he has won re-election after receiving an estimated 54 percent of the vote, backtracking on an earlier vow to wait for official results after his challenger made improbable claims of victory.

Widodo, after meeting with parties in his coalition, told reporters that the leaders of Malaysia, Singapore, Turkey and numerous other nations have congratulated him on securing a second term.

“We all know that the QC (quick count) calculation is a scientific calculation method. From the country’s experiences of past elections the accuracy is 99.9%, almost the same as real count results,” Widodo said.

Widodo’s rival, former Gen. Prabowo Subianto, has claimed he won 62 percent of the vote in Wednesday’s election based on his campaign’s own counts, repeating a similar claim when he lost to Widodo in 2014.

The Election Commission is required to release official results by May 22. 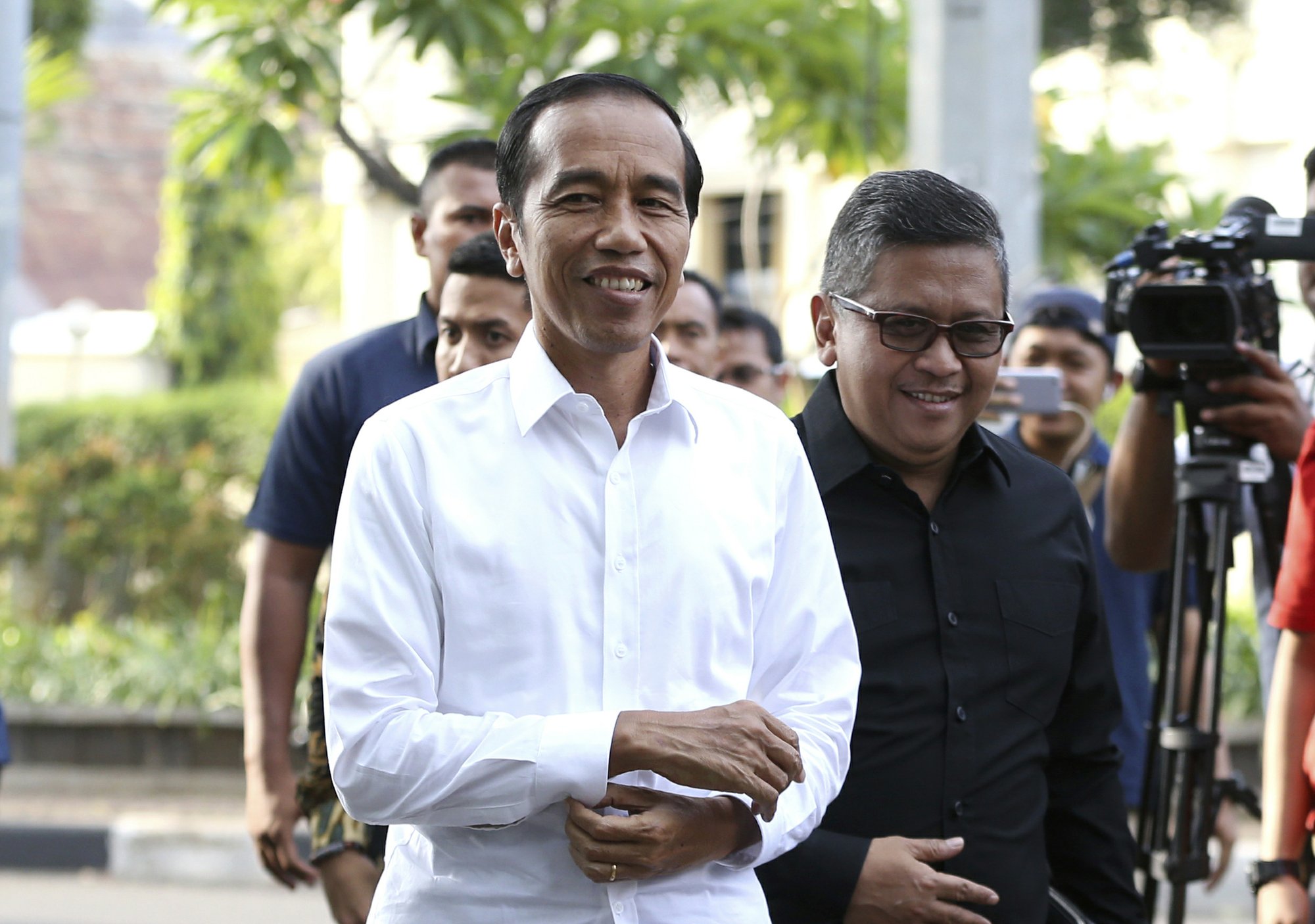 Indonesia, the world’s most populous Muslim-majority nation, is an outpost of democracy in a Southeast Asian neighborhood of authoritarian governments and is forecast to be among the world’s biggest economies by 2030. A second term for Widodo, the first Indonesian president from outside the Jakarta elite, could further cement the country’s two decades of democratization.

Subianto, a strident nationalist, ran a fear-based campaign, highlighting what he sees as Indonesia’s weakness and the risk of exploitation by foreign powers or disintegration.

Widodo said he had sent a representative to talk to Subianto and his camp.

“This afternoon I have sent an envoy to meet Prabowo to set a meeting, and if people see our meeting, we will be able to show how the elections have ended smoothly, safely and peacefully,” he said.

The country’s security minister and its military and police chiefs said earlier Thursday that they will crack down on any attempts to disrupt public order while official results from presidential and legislative elections are tabulated.

Security minister Wiranto, who uses a single name, told a news conference with the chiefs of police and all military branches that security forces will “act decisively” against any threats to order and security.

He said the voter turnout of 80.5% gives the winner of the presidential election “high legitimacy.”

National police chief Tito Karnavian said the Election Commission and courts are the appropriate institutions for resolving complaints about the election.

Subianto’s hard-line Muslim supporters plan mass prayers in central Jakarta on Friday but it was unclear if the event will be allowed to go ahead.

“I appeal to everybody not to mobilize, both mobilization to celebrate victory or mobilization about dissatisfaction,” Karnavian said.

The election was a huge logistical exercise with 193 million people eligible to vote, more than 800,000 polling stations and 17 million people involved in ensuring the polls ran smoothly. Helicopters, boats and horses were used to get ballots to remote and inaccessible corners of the archipelago.

Voting ran smoothly, apart from a few districts where logistical problems caused delays, and was peaceful, a remarkable achievement for a country steeped in political violence.

Widodo’s campaign highlighted his progress in poverty reduction and improving Indonesia’s inadequate infrastructure with new ports, toll roads, airports and mass rapid transit. The latter became a reality last month in chronically congested Jakarta with the opening of a subway. 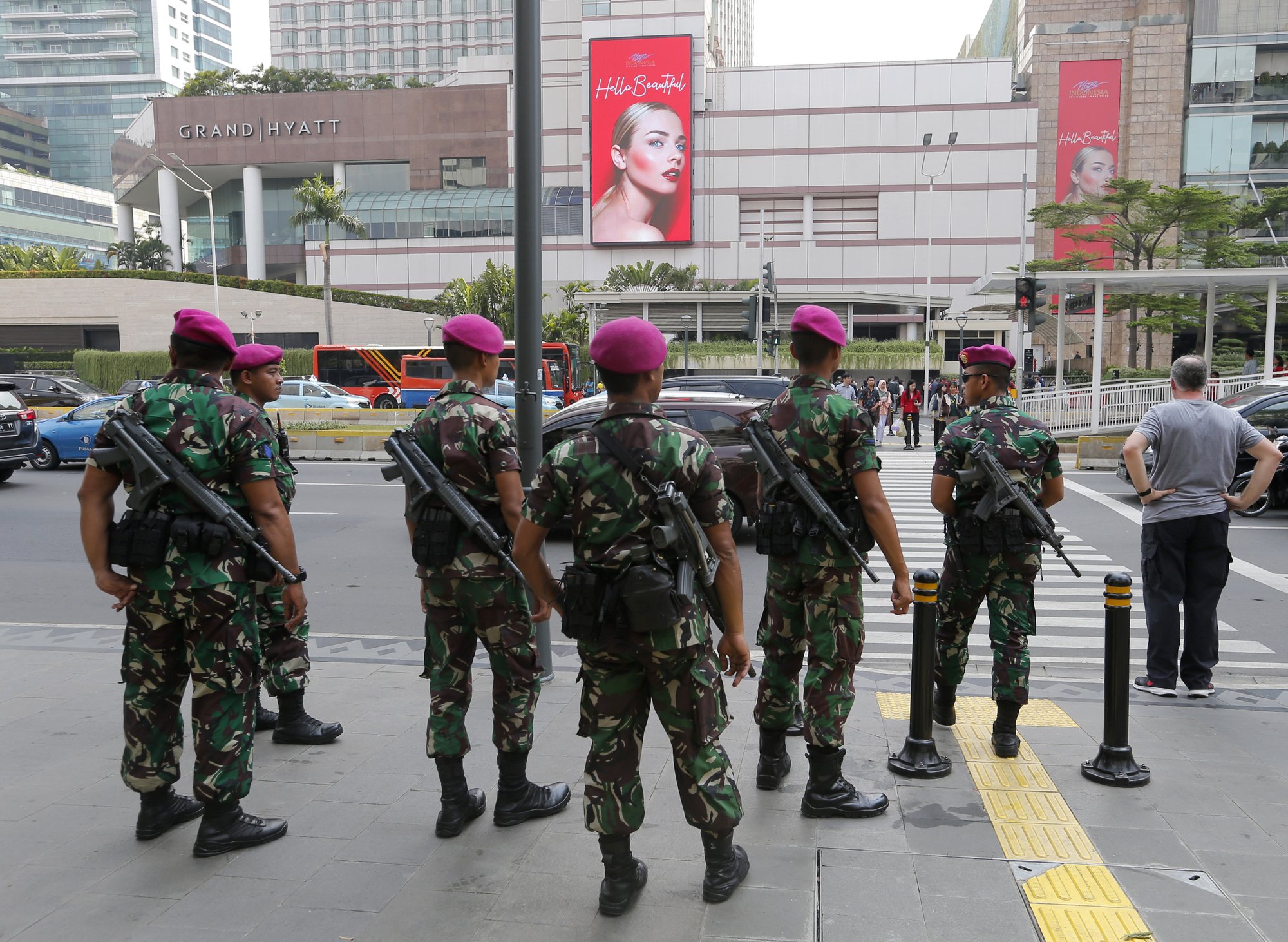 Indonesian marines wait to cross a street during a patrol one day after the election at the main business district in Jakarta, Indonesia, April 18, 2019. (Photo: AP)