Authorities have pinpointed the location of two black boxes from a crashed Indonesian jet, they said Sunday, referring to cockpit voice and flight data recorders that could be crucial to understanding what happened to the aircraft, which had 62 people aboard. 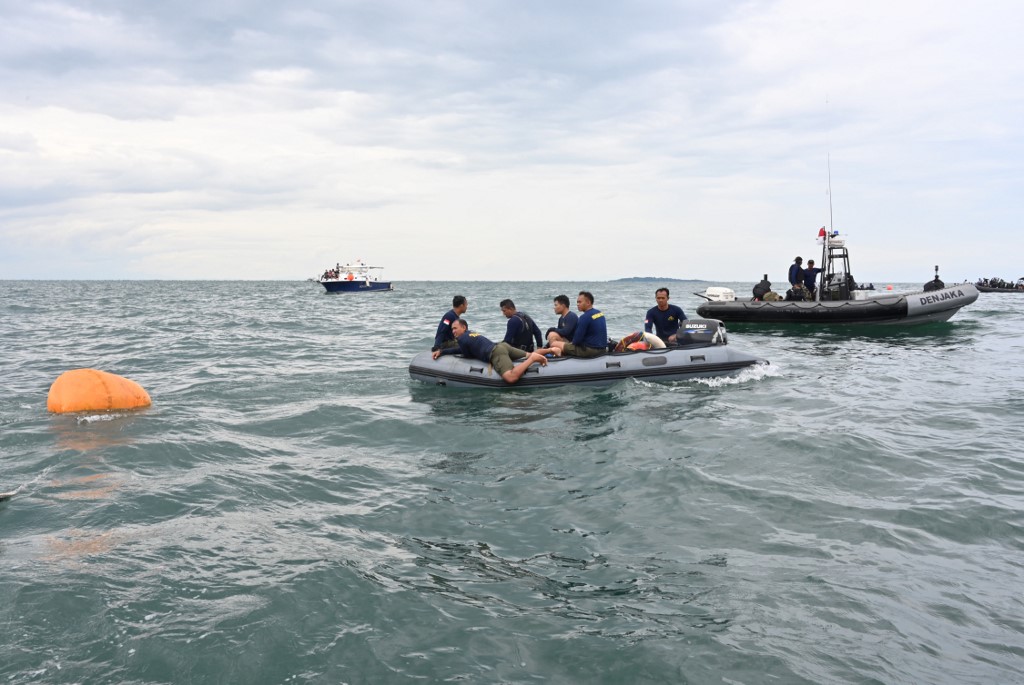 Navy divers use a flotation device to retrieve wreckage of the ill-fated Sriwijaya Air Boeing 737-500 passenger aircraft during recovery operations near Lancang Island on January 10, 2021, following the January 9 crash of flight SJ182 into the Java Sea minutes after takeoff. (Photo: AFP)

"We have located the position of the black boxes, both of them," said Soerjanto Tjahjanto, head of Indonesia's transport safety agency.

"Divers will start looking for them now and hopefully it won't be long before we get them."