Indonesia has shipped tonnes of Australian garbage out of the country, an official said Tuesday, as Southeast Asian nations push back against serving as dumping grounds for foreign trash. 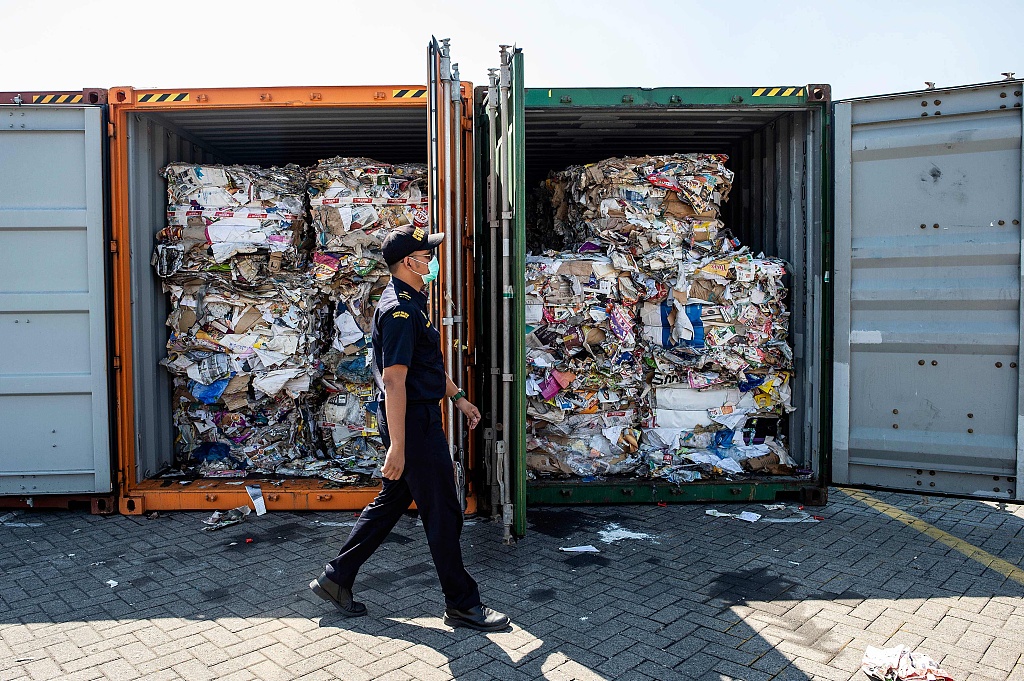 An Indonesian customs officer inspects containers filled with trash originating from Australia, which should have contained only waste paper, but authorities also found hazardous material and household trash, at a port in Surabaya on July 9, 2019. (Photo: VCG)

The move comes less than a week after Australia pledged to stop exporting recyclable waste amid global concerns about plastic polluting the oceans and increasing pushback from Asian nations against accepting trash.

Last month, Indonesia said it would return the Australian rubbish after authorities found hazardous material and household trash, including used diapers and electronic waste, in containers meant to hold only waste paper.

She could not confirm when the containers might arrive back in Australia.

Those containers were loaded with a combination of garbage, plastic waste and hazardous materials in violation of import rules.

Batam authorities were also preparing to return another 42 containers of waste, including shipments from the United States, Australia and Germany.

China used to receive the bulk of scrap plastic from around the world but closed its doors to foreign refuse last year in an effort to clean up its environment.

Huge quantities of waste have since been redirected to Southeast Asia, including Malaysia, Indonesia and to a lesser degree the Philippines.

Around 300 million tonnes of plastic are produced every year, according to the Worldwide Fund for Nature (WWF), with much of it ending up in landfills or polluting the seas, in what has become a growing international crisis.

A particular environmental concern are microplastics -- tiny pieces of degraded waste that absorb harmful chemicals and accumulate inside fish, birds and other animals.