JAKARTA, June 13 (Xinhua) -- Due to the surging increase of COVID-19 cases since the past several days in the country, Indonesia resorted to boosting the vaccination program against the lingering coronavirus disease. 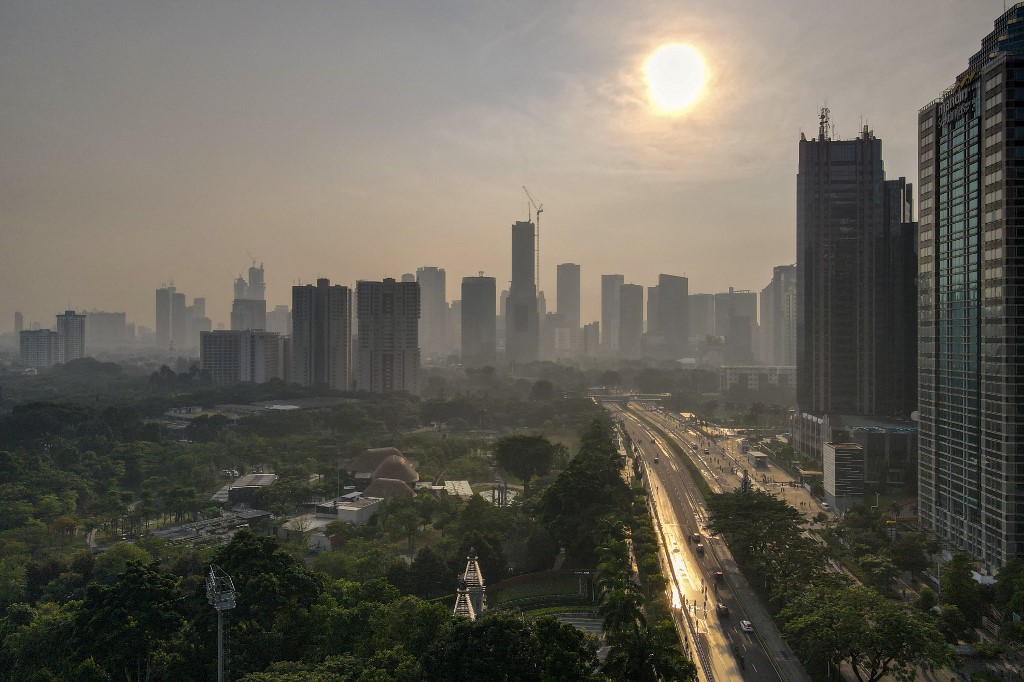 This aerial picture shows a main road and buildings in Jakarta on June 13, 2021. (Photo: AFP)

The Indonesian Health Ministry on Thursday recorded the highest daily hike in the COVID-19 cases of 8,892 infections since late February.

The daily increase in the COVID-19 cases in Indonesia on Saturday was recorded at 7,465, bringing the total cases to 1,901,490 since March 2020 when the first case was detected.

President Joko Widodo asked for the acceleration of the mass vaccinations in Indonesia to meet the target of 700,000 shots per day in June and 1,000,000 injections in a day by July in his social media account on Wednesday.

He has also called on regional heads, including governors and district heads to carry out mass vaccinations in their respective areas to meet the national target.

Previously, Minister of Health Budi Gunadi Sadikin set up a target of vaccinating 1 million people every day starting in June. The target was then adjusted with the gradual arrival of vaccines. A total of 426 million doses of vaccines are estimated to arrive, including 90 million doses arrived during the period of January to June, and the rest would come in July to December, the minister said.

"The arrivals of the vaccines will be gradual," the Ministry of Health spokesperson for vaccination Siti Nadia Tarmizi Tarmizi told a local media on Thursday without elaborating the dates of the arrivals.

Based on data from Indonesia's Ministry of Health, as of Sunday, the number of people vaccinated with the first doses has reached 20,158,937, and those who received the second dose have reached 11,568,443.

That means, for almost five months of vaccination in Indonesia, only about 6.37 percent of the targeted 181,554,465 residents have been fully vaccinated.

Tarmizi was yet optimistic that the target can be achieved as Indonesia has already had commitments to the arrivals of vaccines in accordance with the target number.

Although there was a delay in the vaccine arrivals in April, she said that in the second semester of 2021, more doses of vaccines for Indonesia would arrive.