WORLD Indonesia to move capital from sinking Jakarta to Borneo

Indonesia to move capital from sinking Jakarta to Borneo 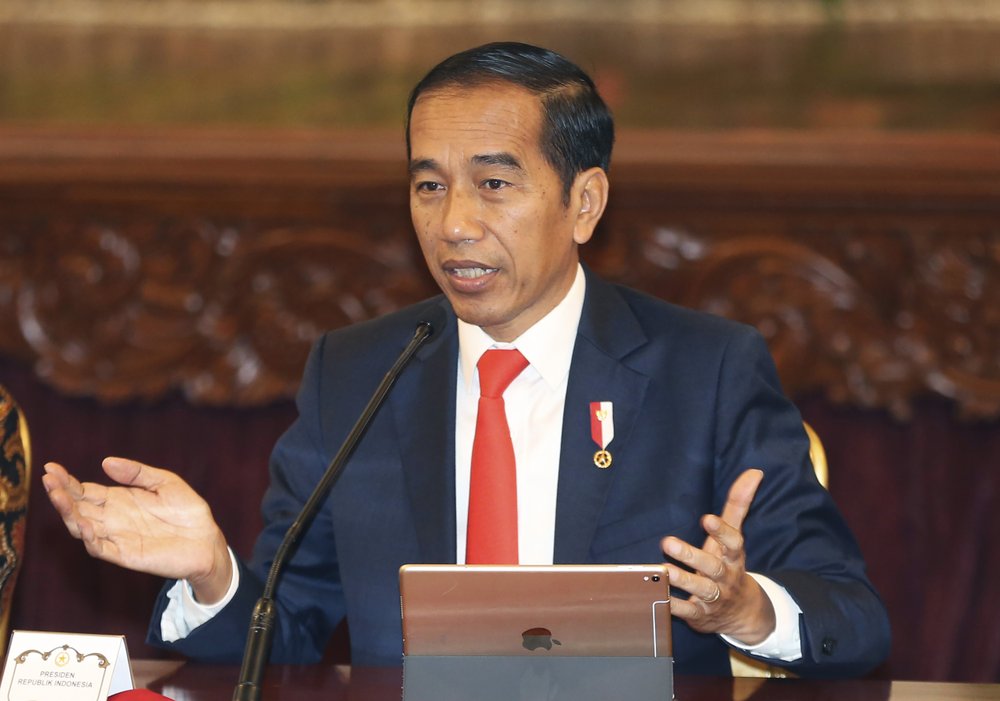 Indonesia President Joko Widodo gestures as he speaks during a press conference at the palace in Jakarta, Indonesia, August 26, 2019. (Photo: AP)

Indonesia’s president announced Monday that the country’s capital will move from overcrowded, sinking and polluted Jakarta to a site in sparsely populated East Kalimantan province on Borneo island, known for rainforests and orangutans.

President Joko Widodo said intense studies over the past three years had resulted in the choice of the location on the eastern side of Borneo island.

The new capital city, which has not yet been named, will be in the middle of the vast archipelago nation and already has relatively complete infrastructure because it is near the cities of Balikpapan and Samarinda, Widodo said.

He said the burden has been become too heavy on Jakarta on Java island as the center of government, finance, business, trade and services as well as the location of the country’s largest airport and seaport.

Widodo said the decision was made not to move the capital elsewhere on Java because the country’s wealth and people are highly concentrated there and should be spread out.

“We couldn’t continue to allow the burden on Jakarta and Java island to increase in terms of population density,” Widodo said at a news conference in Jakarta’s presidential palace. “Economic disparities between Java and elsewhere would also increase.”

In an interview with The Associated Press last month, Widodo said he wants to separate the center of government from the country’s business and economic center in Jakarta.

Jakarta is an archetypical Asian mega-city with 10 million people or 30 million including those in its greater metropolitan area. It is prone to earthquakes and flooding and is rapidly sinking due to uncontrolled extraction of groundwater. The groundwater is highly contaminated as are its rivers. Congestion is estimated to cost the economy $6.5 billion a year.

Mineral-rich East Kalimantan was once almost completely covered by rainforests, but illegal logging has removed many of its original growth. It is home to only 3.5 million people and is surrounded by Kutai National Park, known for orangutans and other primates and mammals.

Widodo said the relocation of the capital to a 180,000-hectare (444,780-acre) site will take up a decade and cost as much as 466 trillion rupiah ($32.5 billion), of which 19% will come from the state budget and the rest will be funded by cooperation between the government and business entities and by direct investment by state-run companies and the private sector.

He said the studies determined that the best site is between two districts, North Penajam Paser and Kutai Kertanegara, an area that has minimal risk of disasters such as floods, earthquakes, tsunamis, forest fires, volcanic eruptions or landslides in the seismically active nation.

Indonesia’s founding father and first president, Sukarno, once planned to relocate the country’s capital to Palangkaraya in Central Kalimantan province.

Infrastructure improvement has been Widodo’s signature policy and helped him win a second term in April elections.

Decades of discussions about building a new capital on Borneo island moved forward in April when Widodo approved a general relocation plan. He appealed for support for the move in an annual national address on the eve of Indonesia’s independence day on Aug. 16.

He said Monday that his government is still drafting a law on the new capital which will need to be approved by Parliament.