Indonesia to suspend entry of foreigners to curb COVID-19 spreads 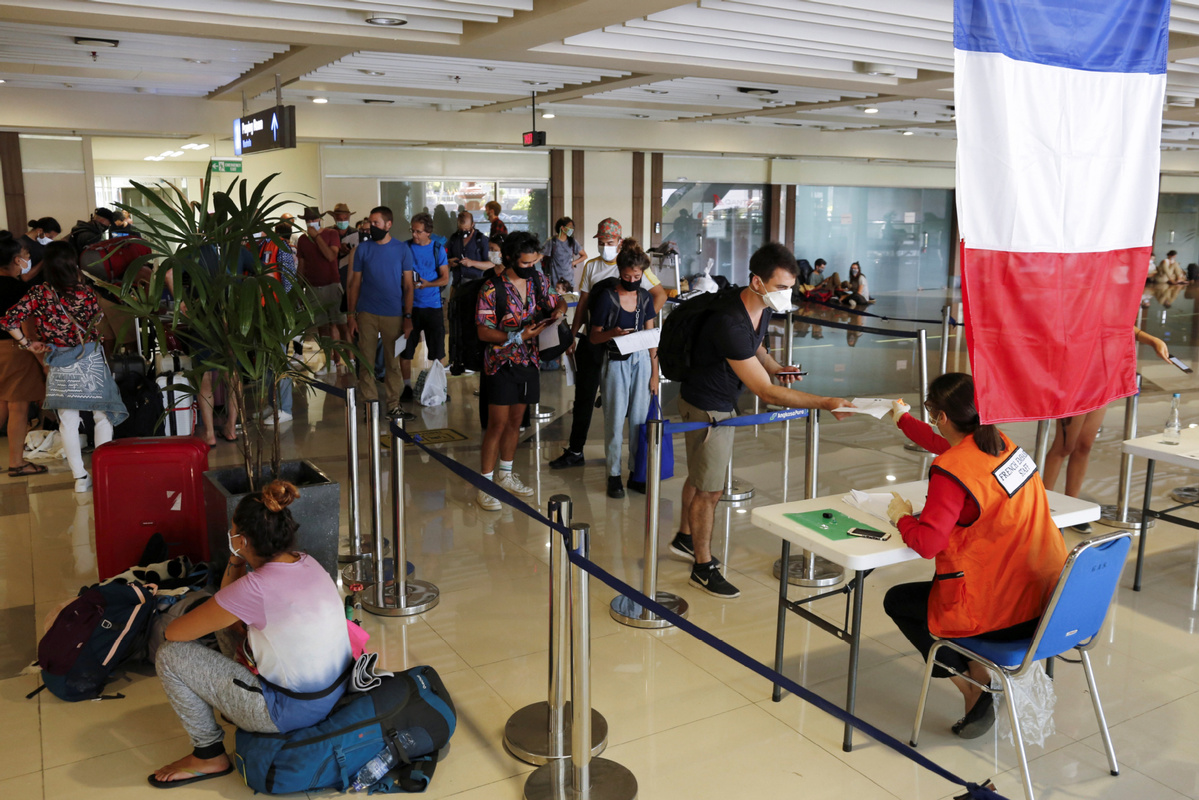 Visitors queue to register their documents with French embassy officer before their chartered flight back to their country, amid the spread of COVID-19, at Ngurah Rai International Airport in Bali, Indonesia, March 28, 2020. (Photo: Agencies)

Indonesia has decided to ban all arrivals and transits of foreign citizens into the country to prevent further spread of the novel coronavirus which has killed 122 people and infected 1,414 others in Indonesia, a minister said Tuesday.

Holders of stay permits, diplomats and other official visitors will be exempted from the suspension, Indonesian Foreign Minister Retno Marsudi said after a cabinet meeting.

"It has been decided that the arrivals and transits of foreign nationals will be transiently barred," the minister said.

The suspension will be effective soon and the government plans to issue a regulation on it, she said.

"Not only does the government now put priority to control the mobility of the people in the country, but also the mobility of people from countries that potentially carry imported cases," Indonesian President Joko Widodo told the cabinet meeting.

The president said that screening and a tight health protocol will be applied on thousands of Indonesian migrant workers and ship crew members who have already returned and will return from abroad.

Indonesia has previously suspended entry of foreign nationals from Italy, Vatican, Spain, France, Germany, Switzerland, Britain and Iran in a bid to curb the spreads of the virus.