Indonesia vaccine deal with China viewed as vital for region 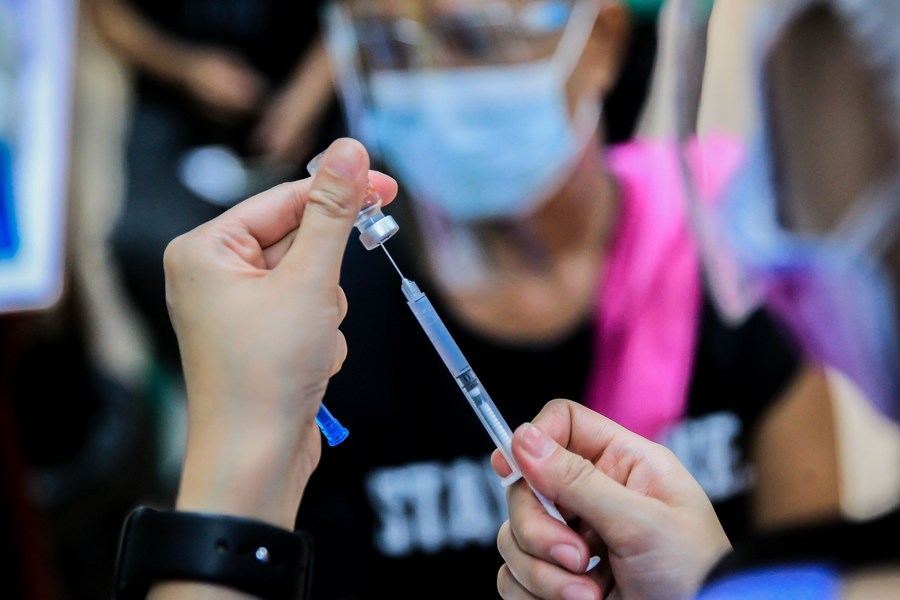 A health worker prepares a dose of Sinovac vaccine at a vaccination site in Manila, the Philippines on March 31, 2021. (Photo: Xinhua)

Expanding the partnership between China and Indonesia on vaccine production is crucial to Southeast Asia's battle against the pandemic, public health experts said.

Indonesia is currently using vaccines jointly produced by the state-owned pharmaceutical firm Bio Farma and China's Sinovac Biotech. The partnership has allowed Sinovac to conduct clinical trials of its CoronaVac vaccine in Indonesia.

Bio Farma spokesman Bambang Heriyanto said the company has received 81.5 million doses of bulk vaccine from Sinovac. All of these were already processed, producing 65.6 million doses.

Out of these processed vaccines, 51.4 million doses were filled in vials. A total of 38.92 million doses have been distributed, Heriyanto said. Bio Farma is the only vaccine manufacturer in Indonesia and the two companies signed an agreement in August 2020 for the supply, production and technology licensing of CoronaVac.

Health experts said Indonesia can aid in shoring up the supply of vaccines in Southeast Asia.

Indonesia has one of the biggest pharmaceutical industries in Asia, with direct investments in the sector estimated to hit nearly $20 billion by 2025, a report by Jakarta-based consultancy Cekindo said.

Indonesia's plan to become a regional hub will allow it to increase its manufacturing capacity, which in turn will help Southeast Asia's vaccine rollout, said Sulfikar Amir, associate professor of science, technology, and society at the School of Social Sciences in Singapore's Nanyang Technological University.

Amir said apart from producing COVID-19 vaccines, Sino-Indonesian cooperation can be extended toward the development of other vaccines.

Indonesia has the highest number of cases in Southeast Asia, with over 1.93 million people infected so far.

Dicky Budiman, epidemiologist at Griffith University in Australia, said the vaccine cooperation is needed given rising cases not only in Indonesia but other countries in the region as well.

Leonardus Jegho in Jakarta contributed to this story.