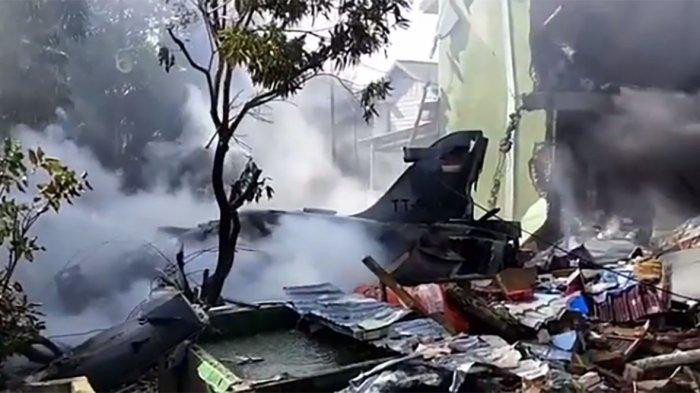 JAKARTA - An Indonesian Air Force fighter jet went down in the country's western province of Riau on Monday, and no casualty was reported, the Air Force's Spokesman First Marshal Fajar Adriyanto said.

An engine failure was allegedly blamed for the accident, an investigation would be carried out to find more details about the cause of the mishap, the spokesman added.

"When the jet was about to land there was a problem on its engine. It was predicted as an engine failure," the spokesman told Xinhua by phone.

The accident occurred when the fighter jet and two other aircraft were having flight exercises in Kampar district.

"The pilot was safe, but several houses and the aircraft were damaged," said Adriyanto, citing that the Air Force will compensate for the damages.