An Indonesian air traffic controller is being posthumously hailed as a hero for refusing to leave his post despite devastating earthquakes so that he could guide a passenger jet safely off the ground. 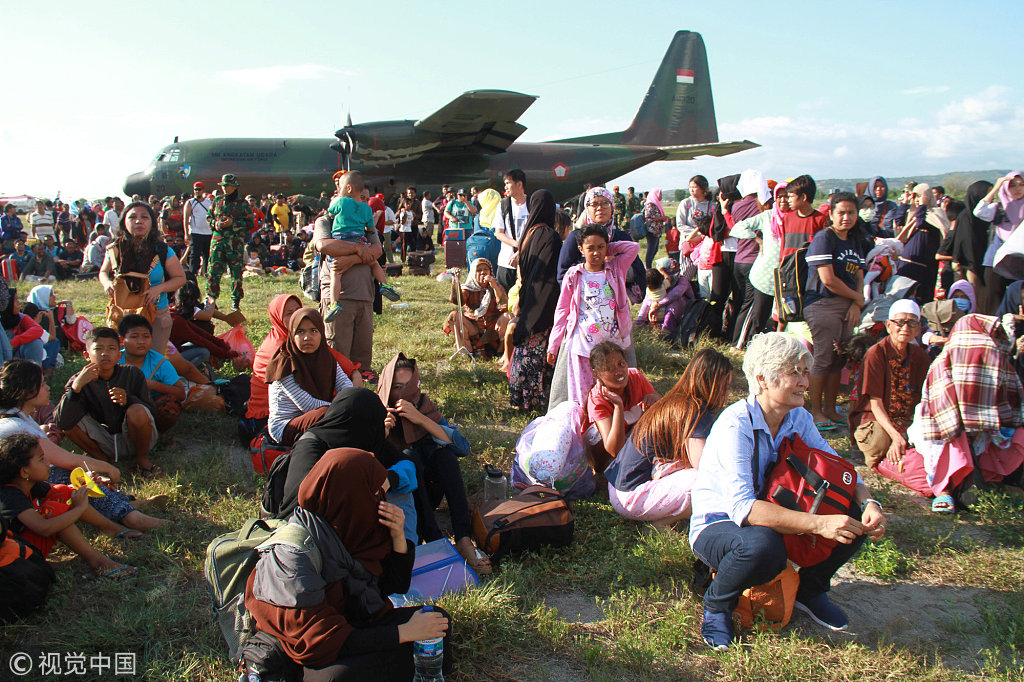 Local residents affected by the earthquake and tsunami wait to be airlifted out by military planes at Mutiara Sis Al Jufri Airport in Palu, Central Sulawesi, Indonesia September 30, 2018. (Photo: VCG)

Twenty-one-year-old Anthonius Gunawan Agung was on duty in the air traffic control tower at Palu's Mutiara SIS Al-Jufrie airport when a series of earthquakes struck the city in Sulawesi island on Friday.

Officials say he refused to leave his post until he got an Batik Air plane off the ground, while his colleagues who were not handling aircraft departed.

"When the quake happened, he was giving clearance to Batik Air to take off and waited for the plane to be safely airborne before finally leaving the ATC cabin tower," said AirNav Indonesia spokesman Yohanes Harry Sirait.

After Flight 6231 was safely in the air the quakes became ever-stronger, culminating in a 7.5 magnitude jolt and tsunami. At least 832 people are confirmed dead. 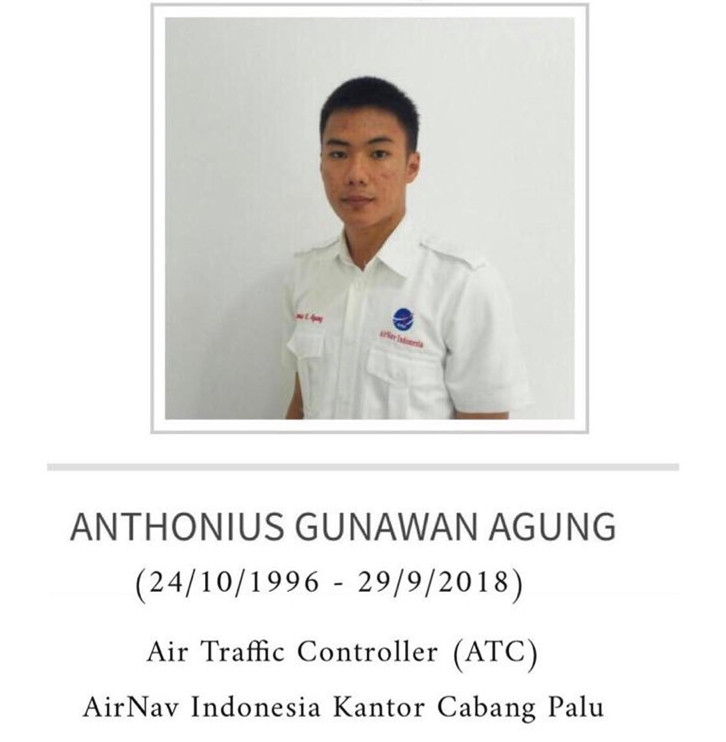 Eventually, Agung jumped from the top of the crumbling four-storey tower in a desperate bid to escape, breaking his leg and suffering serious internal injuries.

He was taken to a nearby hospital where he received basic treatment, but died before a helicopter could arrive to transport him to a better-equipped facility.

The company will raise Agung's rank by two levels as a sign of appreciation for his extraordinary dedication, AirNav said in a statement.

Local station Metro TV was among those who hailed Agung's "heroic act".

The Indonesian archipelago sits on the Pacific "Ring of Fire", where tectonic plates collide and many of the world's volcanic eruptions and earthquakes occur.