A small cargo plane with three crew members on board crashed into a mountain in Indonesia's jungle-clad Papua region on Wednesday, police said. 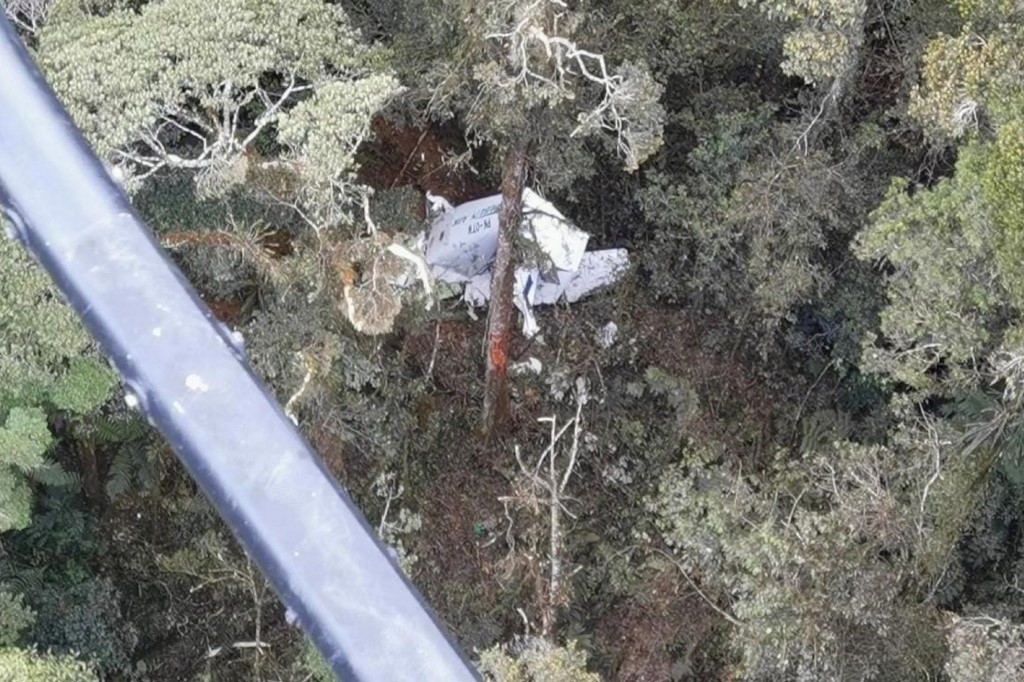 This handout picture taken and released on September 15, 2021 by Indonesia Search and Rescue (BASARNAS) shows wreckage of the Twin Otter 300 aircraft run by local airline Rimbun Air after it crashed in Sugapa district, in Intan Jaya regency. (Photo: AFP)

The Rimbun Air flight lost contact with air control authorities shortly before it was due to land at an airport in Papua's Intan Jaya regency, police and transport officials said.

"The weather at the airport was not supportive, it was predicted that the plane would land but the runway was not clearly visible," Papua police spokesman Ahmad Mustofa Kamal said, adding a search operation for the three-man crew was underway.

The wreckage of the Twin Otter 300 aircraft was found by locals over three hours later near a village in the highlands, Papua police said.

Images released by the rescue team on Wednesday showed the debris strewn on the jungle floor.

Indonesia's fast-growing aviation sector has long been marred by safety concerns, with its airlines once banned from US and European airspace.

A Boeing 737-500 operated by Indonesian carrier Sriwijaya Air plunged roughly 10,000 feet (3,000 metres) in less than a minute before crashing into waters off Jakarta earlier this year, killing 62 people on board.