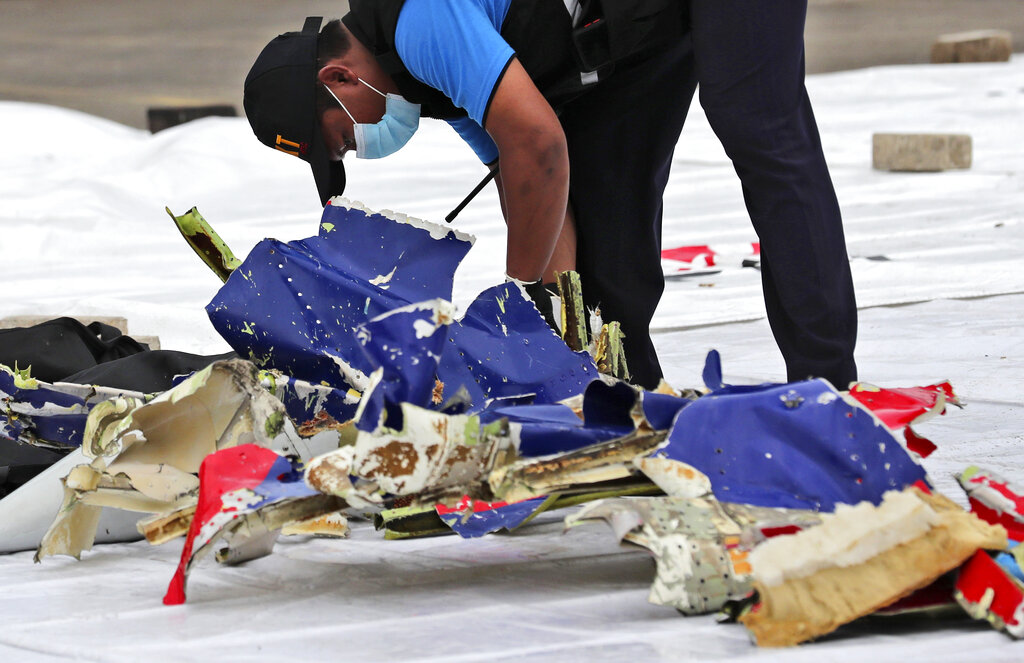 Indonesian rescuers pulled out body parts, pieces of clothing and scraps of metal from the Java Sea early Sunday morning, a day after the Boeing 737-500 with dozens of people onboard crashed shortly after takeoff from Jakarta, officials said. (Photo: AP)

The Indonesian National Police spokesman Brigadier General Rusdi Hartono said all the DNA samples would be matched with the body parts suspected to belong to the passengers of the ill-fated plane.

The National Police's hospital has deployed 306 personnel from the police, the army, the Ministry of Health, and the Indonesian Association of Forensic Doctors to identify these DNA samples and body parts.

The Sriwijaya Air plane crashed into the sea off Thousand Islands district in capital city Jakarta after taking off from the city on a domestic flight with 62 passengers aboard on Saturday.