JAKARTA, May 20 (Xinhua) -- The anti-terror squad of the Indonesian national police have arrested 72 alleged terrorists since January and have issued warning for terrorist plot during the poll result day on Wednesday (May 22), police said here Monday. 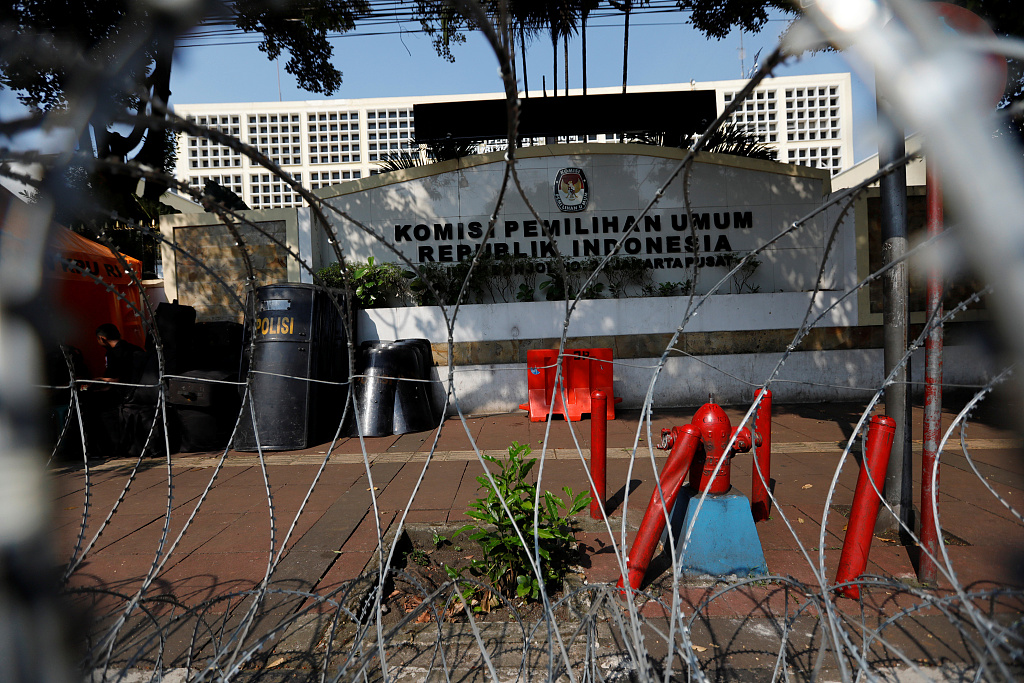 Barbed wires are seen outside the General Election Commission (KPU) headquarters ahead of the announcement of the presidential election results after the last month election in Jakarta, Indonesia, May 20, 2019. (Photo: VCG)

Hunt for scores of other alleged militants who are still at large across the archipelagic nation persists, the spokesman said.

The two militants are now being questioned by the investigators of the anti-terror squad, he added.

The police have warned people that militants have plotted bombs strikes during the poll result day on May 22, another police spokesman Inspector General Muhammad Iqbal said.

"For May 22, we call for abortion of the rally as this will be vulnerable to the target of bomb attacks," he said.

During the raids, the anti-terror squad has seized scores of assembled bombs prepared for the strikes and high explosive of triacetone triperoxide or TATP also known as mother of satan, Iqbal said.

One bomb expert and several others also with skills of assembling bombs, including those with high explosive power, were also among those arrested, and another was gunned down, according to Prasetyo.

Most of the captured militants were members of an outlawed Jemaah Anshorut Daulah (JAD), which is an allegiance of the IS terrorist group in Syria, Iqbal said.

Members of the JAD had staged in several terrorist strikes in Indonesia, including the multiple suicide attacks in East Java and Riau provinces in May, 2018, and suicide strikes in a police station and Starbucks Cafe in the heart of Jakarta that killed eight people in January 2016, according to the police.

Indonesia's presidential and legislative elections were held on April 17.