MATARAM, Indonesia, Aug. 10 (Xinhua) -- Survivors of Sunday's powerful earthquake in most affected areas in Indonesia's tourist island of Lombok are trying hard for living, as supplies came to them are not sufficient yet.

The victims have been depending on aids provided by volunteers and provincial authorities, which passed through the road near their devastated villages. 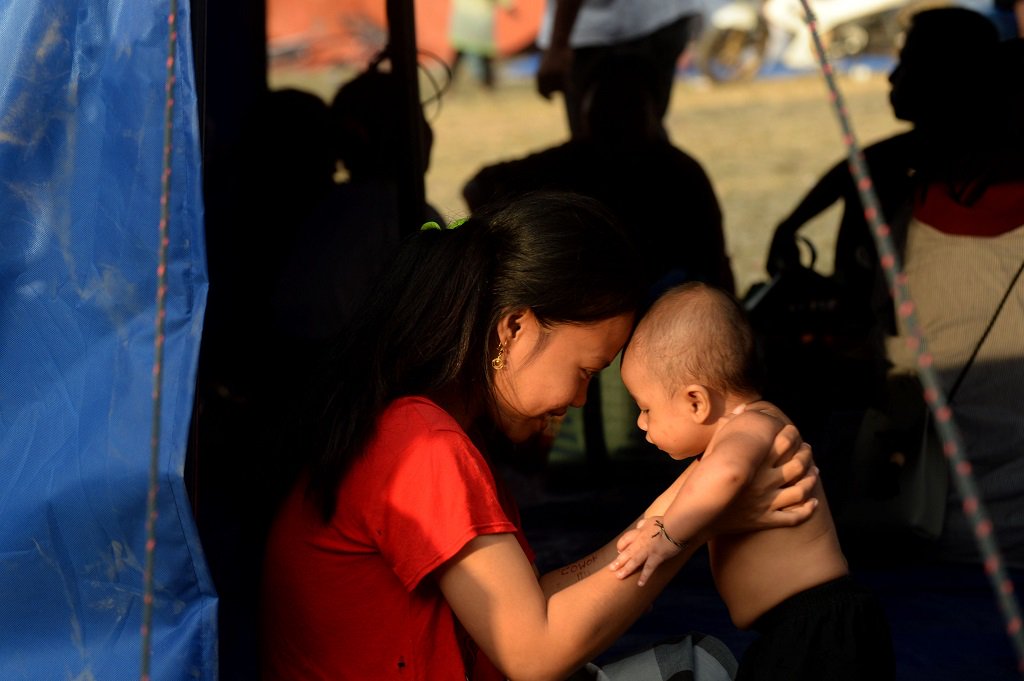 In Malaka area's Nipah village, which is located in the tourism spot of Senggigi beach, people experienced the worst days of their lives as large parts of their houses were severely damaged due to the 7.0-magnitude quake that forced them to stay in makeshift tents made from house wreckages. 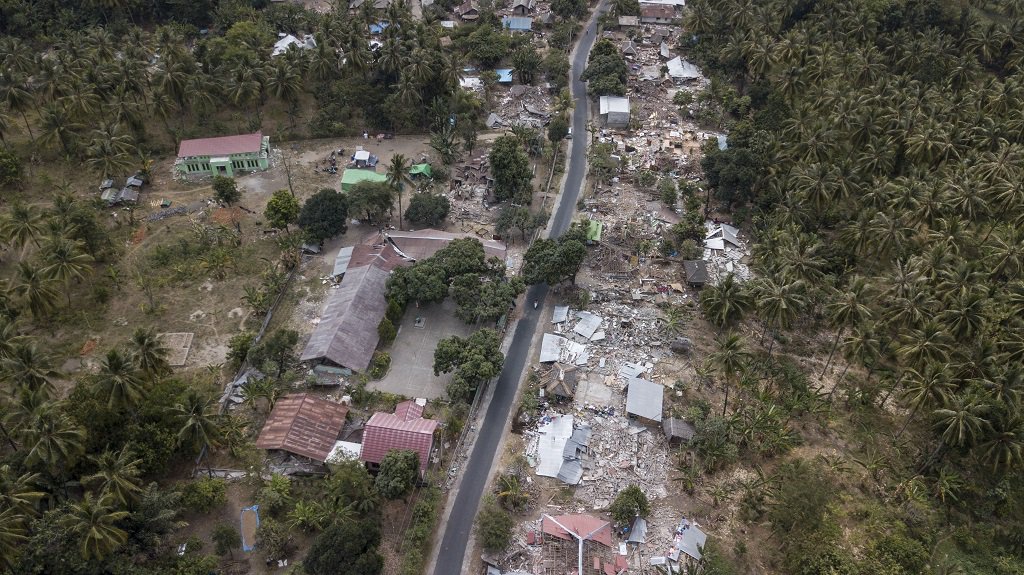 Their lives are in despair, as some had to beg for food and water from street vendors who previously sold food for tourists visiting Lombok's popular beach before the earthquake.

Among them was Syarifuddin's big family of 50 people whose houses have turned into ruins as rooftops stumbled down to the ground.

"I've got a headache when I recall that moment. These houses that we built piece by piece collapsed in front of my eyes. All was in a sudden," the 60-year-old man told Xinhua near the ruins, recalling the moment when the earthquake totally destroyed six houses built close to each other.

The bottom ground was lifted up, Syarifuddin said.

"The water became cloudy, not as clear as before the earthquake. We used to collect water from that well to cook and bathe," said the man, pointing at his family's well near his son's collapsed house.

Lack of electricity was another hard part. The village is totally dark at night. The residents have to wait until morning when they are able to move from makeshift tents.

Trying to relieve himself, Syarifuddin said that the only lucky thing is that none of his family members died.

"All of us got out from our houses in the first shock and stayed away from the houses," he said.

He added that one of his neighbors, an older woman, did not survive as she failed to flee.

"She died inside the house as the wall fell on her," Syarifuddin said.

Now, he had to walk far away from home to the nearest refugee shelter, which was around 1 km away, to get water for his family.

"My son and I brought three or four bottles of drinking water for my whole family. We have to drink sip by sip," he said.

He however does not prefer to live in the shelter as he had to watch his belongings, including equipment of the restaurant, placed around ruins of the houses.

"I was wondering when the aid teams will drop by to our village periodically so my grandchildren have enough food and water," he said helplessly.

Walking deeper to the back of the village, Xinhua's reporters learned that most of the residents' houses were flattened to the ground. Only a few remained with major cracks on walls, or were partly damaged.

Lalu Rahman, a 44-year-old villager whose house was seriously cracked, said that his house was just renovated before the earthquake struck.

"I am very sad now. Most of my money spent on the renovation was eventually useless," he told Xinhua.

Lalu had planned to use the renovated house as a grocery shop.

"I have to entirely break it down first if I want to rebuild it brick by brick. But what if the earthquake strikes again?" he said.

He is not keen on living in the refugee shelter as he has to look after the cattle which he set free in lawns.

Lalu entrusted his neighbor to take care of his toddlers at night, while he and his wife sleep in the cold at a tent.

"I was lucky to have a kind neighbor whose house was not affected by the earthquake. At least my children can stay in a warmer place, not bitten by mosquitos," he said.

Misery and problems faced by people in Nipah village were common in other villages affected by the powerful earthquake in Lombok.

They are now in need of supplies and electricity.

Indonesia's meteorology, climatology and geophysics agency has said that aftershocks may continue in following weeks.