Indonesian receives another batch of Sinovac vaccine in bulk
Xinhua
18:28, May 31, 2021 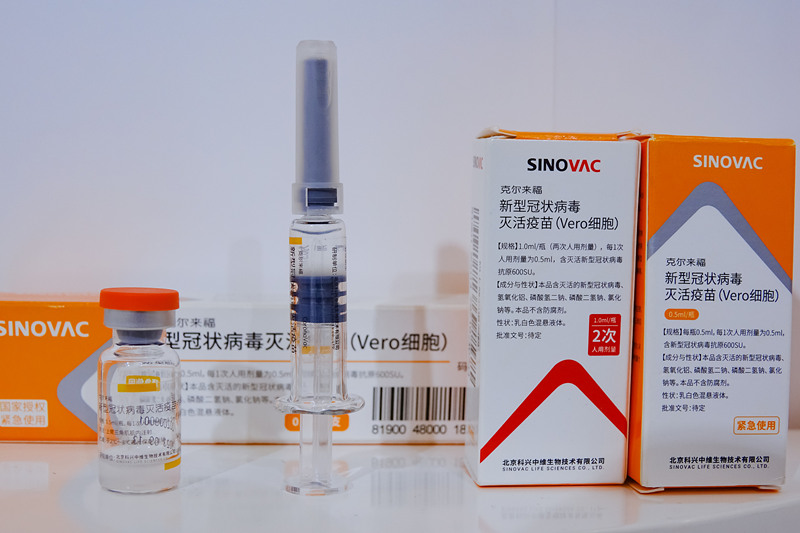 "Today, we again received the arrival of Sinovac vaccine to be used by the Indonesian people," Thohir, who is also executive chairman of the Committee for COVID-19 Handling and Economic Recovery, told a virtual press conference at the Soekarno-Hatta airport in Tangerang district, Banten province.

A total of 26.9 million Indonesian people have been administered COVID-19 vaccines, the minister noted, adding that the country is one of the countries in Southeast Asia with high vaccination rate.

However, the minister said Indonesia is still falling behind such big nations as China and the United States in terms of vaccination, hoping the country with more than 270 million people would continue to increase the vaccination rate.

According to him, the vaccination would help Indonesia stem the COVID-19 infections and accelerate efforts to recover the national economy.

The government has been consistent from the start with programs on the taglines of Healthy Indonesia, Indonesia Works and Indonesia Grows, and thus handling of the vaccination and the COVID-19 pandemic is the most important task, Thohir added.

The vaccine in bulk produced by China's biopharmaceutical company Sinovac Biotech would be processed and filled by Indonesia's vaccine manufacturer Bio Farma.

With this arrival, the total vaccine that Indonesia has received is 92,910,500 doses including 81.5 million in bulk.