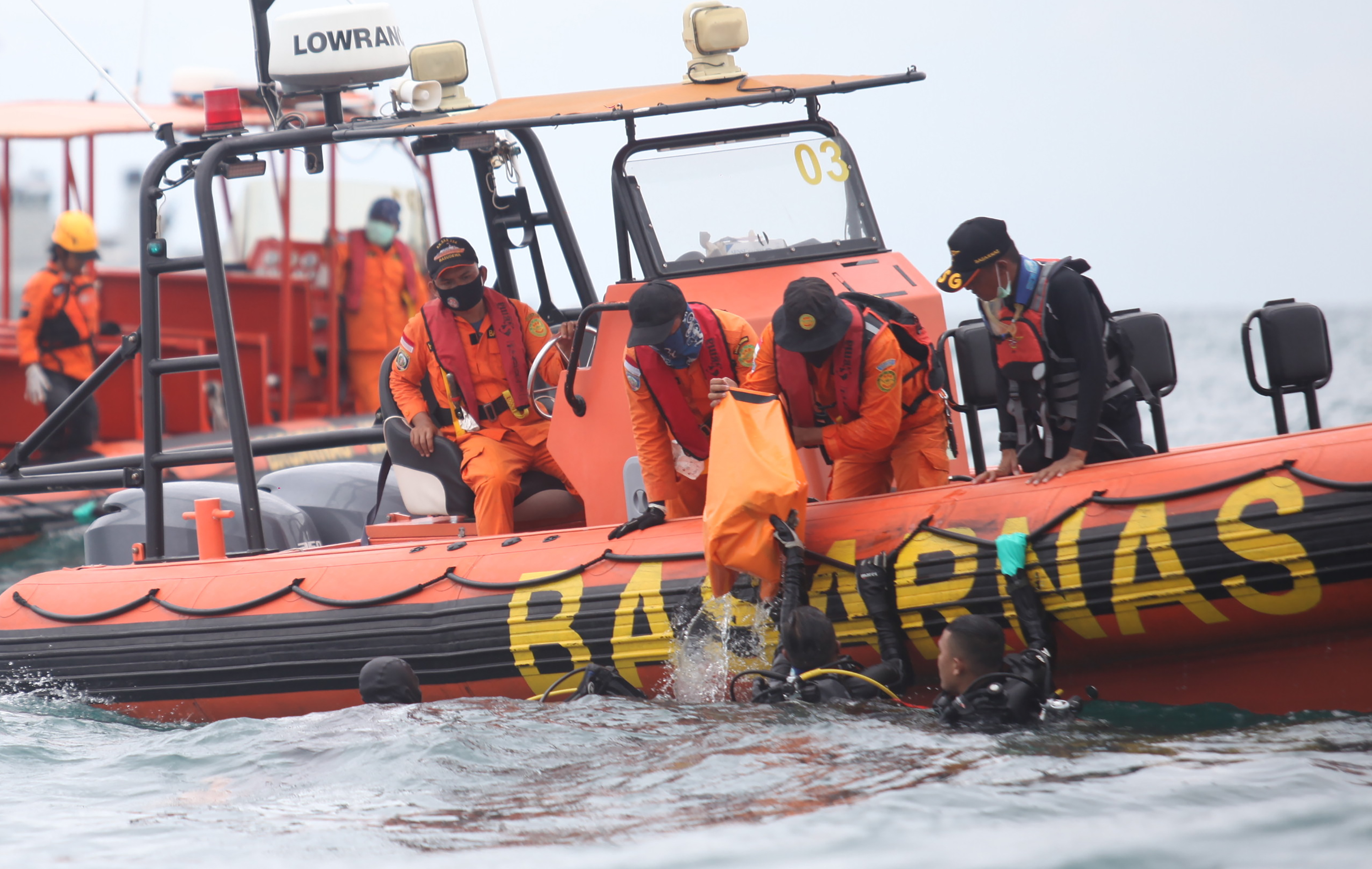 Divers bringing up a bag filled with body parts to a search and rescue boat from Sriwijaya Air flight SJ182 off the coast north of Jakarta on January 14, 2021. (Photo: AFP)

JAKARTA, Jan. 15 (Xinhua) -- Indonesia's National Search and Rescue Agency (Basarnas) has extended the search for victims of last week's Sriwijaya Air crash as well as the aircraft's cockpit voice recorder (CVR) and other materials for another three days, the agency's chief said here on Friday.

"It was decided that the joint search and rescue (SAR) operation to search for Sriwijaya Air victims will be extended for another three days until Monday," Basarnas' chief Bagus Puruhito told reporters.

The Boeing 737-500 passenger aircraft with 62 people aboard slammed into the Java Sea on Saturday last week, minutes after take-off from Jakarta en route to Indonesian city of Pontianak in West Kalimantan province. 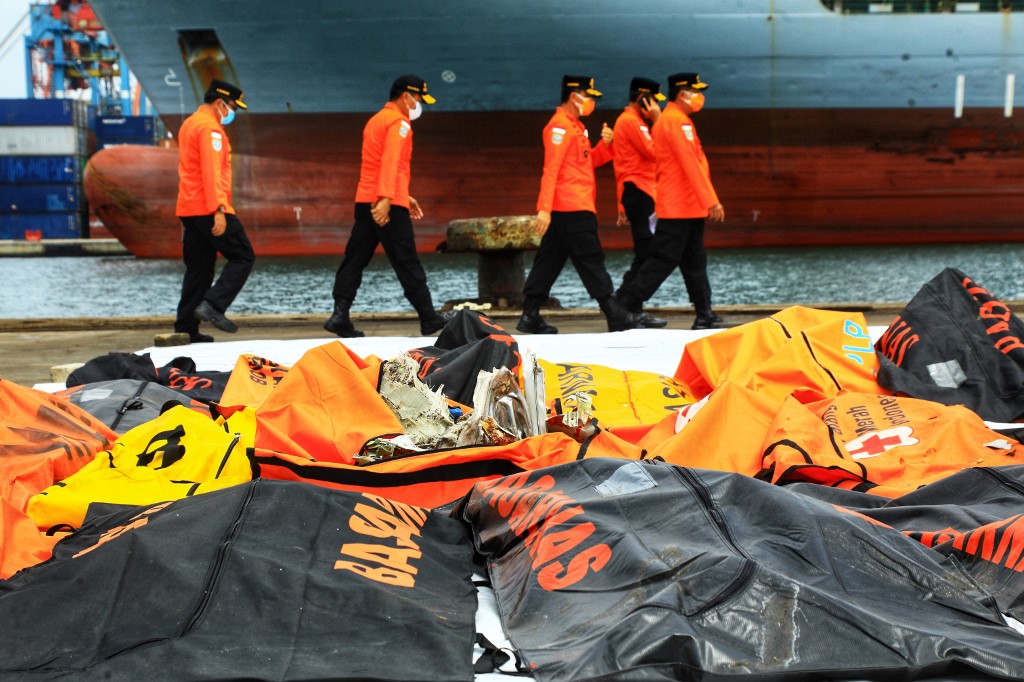 Rescue officials walk past debris collected during the search operation for Sriwijaya Air flight SJ182 at the port in Jakarta on January 15, 2021, after the Boeing 737-500 crashed into the Java Sea minutes after takeoff on January 9. (Photo: AFP)

Basarnas' search and rescue mission coordinator Rasman M.S. said on Friday that as many as 130 divers have been deployed to search for the victims and the aircraft' materials.

The agency has also deployed 62 ships, 21 sea rider boats and jet skis as well as 13 airplanes.

Rasman said that the aerial search is being expanded to coastal areas.

As many as 239 body bags containing human remains had been retrieved and 12 victims have been identified after forensic examinations in the police's hospital as of Thursday.

The National Transportation Safety Committee (KNKT) has retrieved data from the flight data recorder (FDR), but the search team is still looking for the aircraft's CVR.