Indonesians step up search for quake victims to beat deadline as toll exceeds 2,000 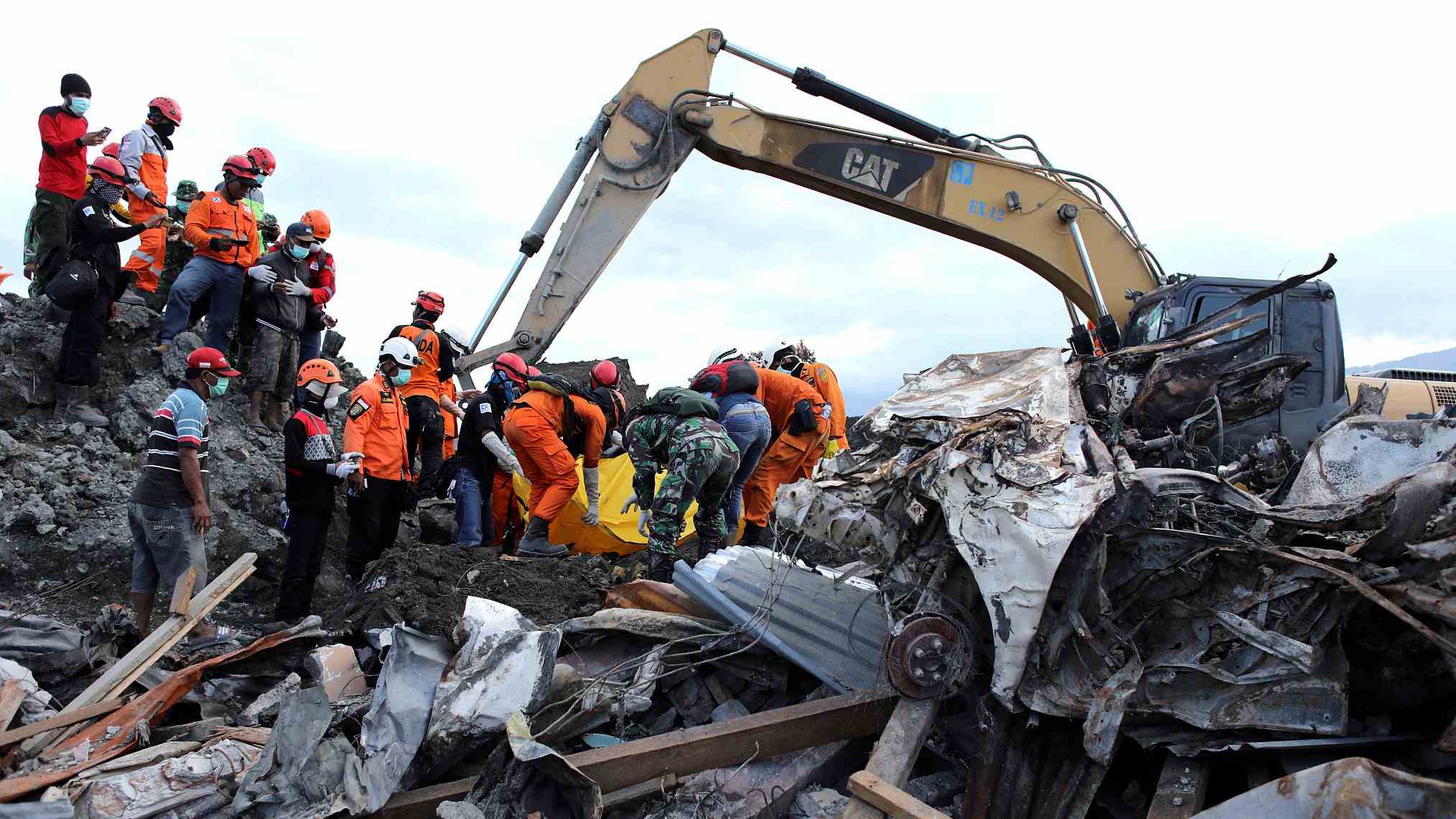 Rescue workers in Indonesia stepped up their search for victims of an earthquake and tsunami on Tuesday, hoping to find as many bodies as they can before this week's deadline for their work to halt, as the official death toll rose to 2,010.

The national disaster mitigation agency has called off the search from Thursday, citing concern about the spread of disease. Debris would be cleared and areas where bodies lie would eventually be turned into parks, sports venues and memorials.

Perhaps as many as 5,000 victims of the 7.5-magnitude quake and tsunami on September 28 have yet to be found, most of them entombed in flows of mud flows that surged from the ground when the quake agitated the soil into a liquid mire.

Most of the bodies have been found in the seaside city of Palu, on the west coast of Sulawesi island, 1,500 km (930 miles) northeast of the capital, Jakarta.

More than 10,000 rescue workers are scouring expanses of debris, especially in three areas obliterated by soil liquefaction in the south of the small city.

"We're not sure what will happen afterwards, so we're trying to work as fast as possible," said rescue worker Ahmad Amin, 29, referring to the deadline, as he took a break in the badly hit Balaroa neighborhood.

At least nine excavators were working through the rubble of Balaroa on Tuesday, picking their way through smashed buildings and pummeled vehicles. At least a dozen bodies were recovered, a photographer said.

"There are so many children still missing, we want to find them quickly," said Amin, who is from Balaroa and has relatives unaccounted for. "It doesn't matter if it's my family or not, the important thing is that we find as many as we can."

The state disaster mitigation agency said the search was being stepped up and focused more intensely on areas where many people are believed to be buried.

The decision to end the search has angered some relatives of the missing but taxi driver Rudy Rahman, 40, said he had to accept it.

"As long as they keep searching, I will be here every day looking for my son," said Rahman, who said he had lost three sons in the disaster. The bodies of two were found, the youngest is missing.

"This is the only thing I can do, otherwise I would go insane," he said, choking back tears. "If they stop, what can I do? There are four meters of soil here. I couldn't do it on my own."