Indoor hospitality to resume in England in latest Covid easing

People in England will be able to eat and drink in indoor venues from next week, British Prime Minister Boris Johnson said Monday, as the country reported no coronavirus deaths for the first time in over a year. 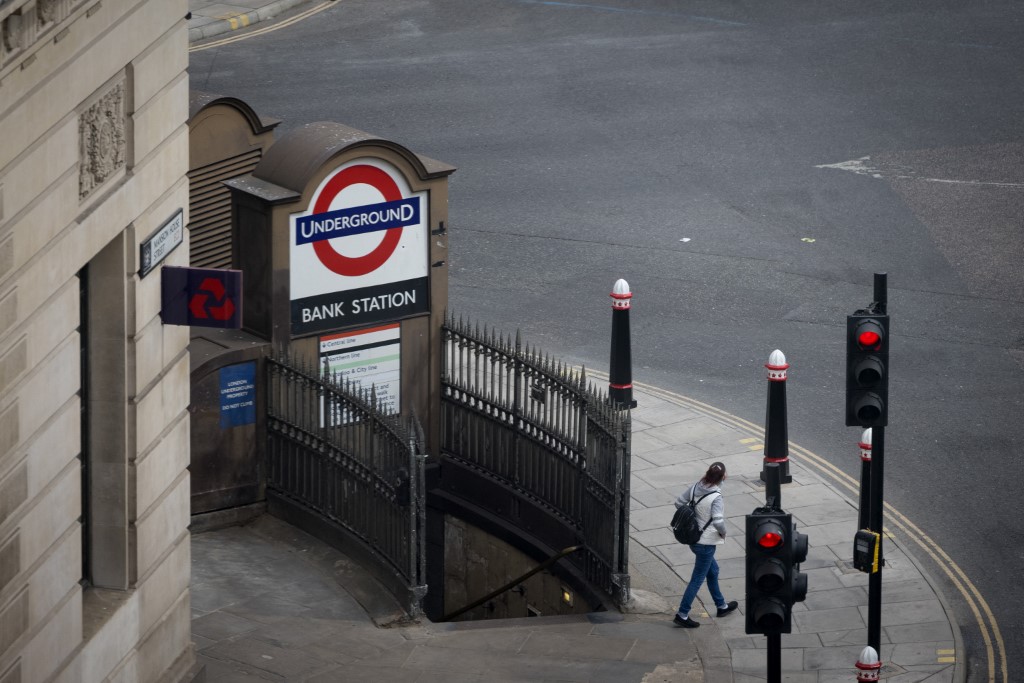 A pedestrian leaves Bank tube station in the City of London, on April 13, 2021, as England continues to ease lockdown restrictions due to the Covid-19 pandemic. (Photo: AFP)

Johnson confirmed the government will continue with the latest step in its roadmap out of lockdown, after reviewing various tests including infection rates and the success of the vaccination drive.

"This unlocking amounts to a very considerable step on the road back to normality," Johnson said at a press conference after signing off the changes with senior ministers earlier Monday.

"I am confident that we will be able to go further," he added, noting hospitalisations were at their lowest level since July.

The announcement comes as the UK's chief medical officers also agreed to lower the country's five-tier coronavirus alert level and Britain registered just four deaths -- with England seeing none for the first time since March 2020.

The alert level will drop from four, which signals transmission is high or rising exponentially, to three, which states the epidemic is simply in general circulation.

The latest relaxation will see pubs, bars and restaurants restart indoor services, though only to groups of up to six people, via table service and with social distancing in place.

Indoor entertainment such as cinemas, museums and children's play areas can reopen, alongside concert halls, conference centres and sports venues -- which will operate within capacity limits.

The government will also lift advice against close contact among family and close friends, meaning they can hug one another again.

However, with around 2,000 new cases still being recorded daily, Johnson urged people to "exercise caution and common sense".

Rules around weddings and honouring deaths will also be relaxed, allowing up to 30 people at nuptials and unlimited numbers for funerals.

In other changes given the green light, adult sports and exercise classes inside can restart, along with health and wellbeing facilities like spas and saunas.

Meanwhile in-person tuition at English universities can resume, and teenage pupils will no longer need to wear face masks within schools.

But guidance asking adults to work from home if they can remains in place for now.

International travel can restart, but only to a limited number of countries without having to quarantine on return.

Lifting the stay-at-home order started in early March, after case rates had begun to fall and the biggest vaccination campaign in the country's history was well under way.

The highly successful jabs drive -- one of the fastest roll-outs globally -- has seen all over-40s offered at least one shot, with more than 53 million doses so far administered in total.

Devolved governments in Scotland, Wales and Northern Ireland, which have responsibilities for health policy, have been easing restrictions at their own, roughly similar pace.

In England, pubs, restaurants and cafes reopened last month -- alongside non-essential retail -- but had been limited to outdoor dining and drinking.

The government, which has been leaving five weeks between each round of relaxations, plans to lift the remaining rules -- mostly around sectors like nightclubs -- on June 21.

It has been conducting a series of reviews into various aspects of emerging from the pandemic, including on when to urge workers to return to offices and on the feasibility of summer events.

They are expected to report within weeks.